With most of Ko Samet’s beaches facing east, it takes some effort to catch the sunset. Over on the mostly rock-strewn west coast, a series of viewpoints provide prime sundown viewing while also encouraging you to explore some of the island’s less-travelled corners.

Parking is easier when you travel by bicycle.

The most easily reached viewpoint tops a hill just south of Ao Phrao that’s part of a national park station — take a left just before the steep turn that winds down to the bay. A couple of rundown pavilions afford western views, though a cluster of trees partially blocks the sun’s downward path at certain times of year. We’d go further south to some of the more atmospheric viewpoints, or simply grab a seat on Ao Phrao itself.

Located across the southern road from Ao Wong Duean, our favourite viewpoint on Samet is marked by an easy-to-miss brown sign that says, “SUNSET.” Look for it hidden in some trees just after passing the road entrance to Vongdeuan Resort if heading south; if cruising north you’ll miss it for sure. After lumbering down a rugged path the wide blue sea opens up in front of you, with side trails leading to cliffs that loom over the waves.

Looking north to Khao Laem Ya and the rest of the mainland.

Further down the main road, an even less-conspicious path is found on the right if going south, just past the road entrance to Candlelight Resort near Ao Sang Thian. The trail quickly emerges onto spacious west-facing terrain situated at least 20 metres over the sea. If you don’t want to go far from your motorbike, a signposted “scenic area,” complete with parking, faces west a couple of hundred metres further down the road.

Fancy a walk along the waves?

To reach the most remote viewpoint of all, head all the way down to Ao Kiu Na Nok and look for a little path on the right a short ways after passing Paradee Resort. Marked by a half-buried blue pipe, the path leads to a stretch of coastline with trails cutting through long grasses for quite a distance. Few people know about this one and there’s no sign, making it the best option if you’re a couple seeking a private place to watch sun sink into sea.

Sunset over Khao Laem Ya.

Keep going south, all the way past Ao Pakarang and Nimmanoradee Resort, and you’ll run out of road at the national park station that marks the island’s southern tip. Though it lacks the dramatic coastline of the other viewpoints, you’ll find a scenic area here with sunset views and even a few benches. Best of all, you’ll get to say that you made it all the way to the end of the island. 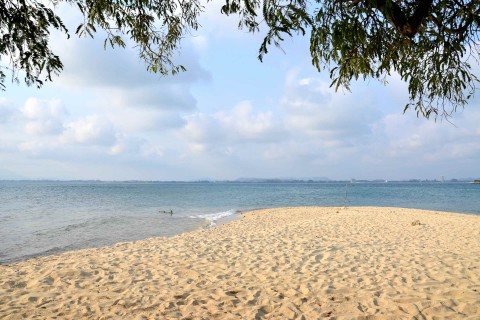 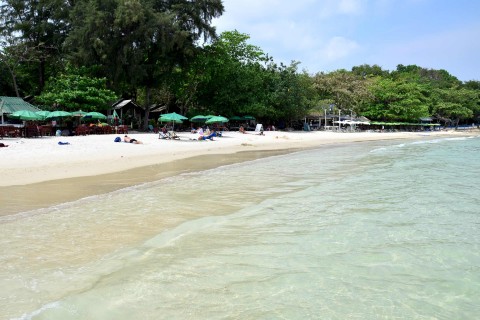 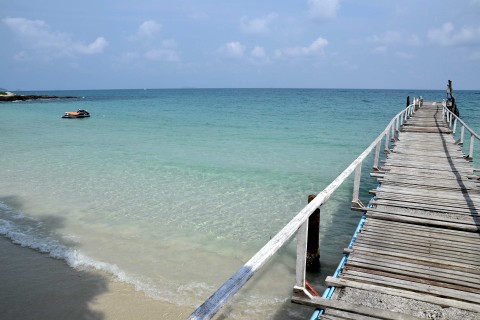 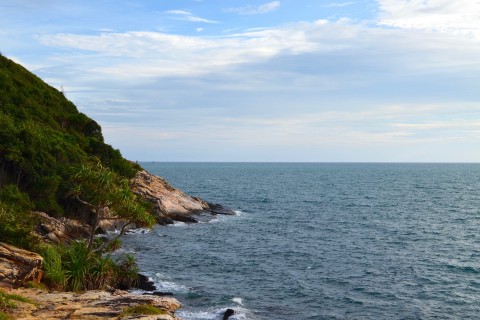 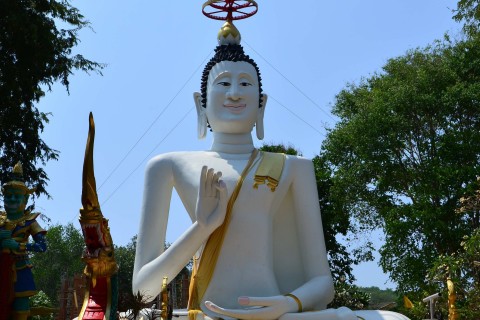