Dinosaurs are everywhere in Khon Kaen. Those seen today are usually made of concrete with toothy grins, but millions of years ago, actual dinosaurs trudged over this very land. Complimented by a comprehensive Dinosaur Museum, several excavation sites can be visited in Phu Wiang National Park.

The park was established in 1991, 15 years after a uranium prospector stumbled onto the the fossilized remains of a 15-metre-long herbivorous sauropad that lived during the early Cretaceous Period, around 100 million years ago. Looking something like a scaled-down cousin of the Brontosaurus, the newly discovered species was named Phuwianggosaurus sirindhornae after the Thai district where it was discovered, and the Thai princess Sirindhorn.

Digs continued into the 2000s, unearthing many more dinosaur bones and other prehistoric fossils in Phu Wiang along with several other places in Isaan. Five new species were discovered—three herbivores and two carnivores—and given names like Siamosaurus. Dating as far back as 210 million years ago, some of these are among the oldest dinosaur remains ever found.

One of the most striking discoveries was made in 1993 at Lan Hin Lad Yao (Site #9), one of four excavation sites now easily accessible in the park. Coming in at seven metres long and walking on its hind legs, the carnivorous Siamotyrannus is thought to have been an early ancestor of the Tyrannosaurus Rex. Related carnosaurs probably crossed a land bridge that once connected Asia to North America some 70 million years ago.

Beginning near a small visitor centre where we were given a simple map but no other materials, a hiking trail cuts west to Site #3, where barely distinguishable bone fragments from a 130-million-year-old sauropod are encased in sandstone. At all four of the excavation sites found along the main trail, the fossils are protected by concrete shelters with large glass windows. We had difficulty getting a decent look due to a lack of lighting inside and considerable glare on the glass.

The park’s dinosaur-related highlight is Site #1, or Phu Phratu Tee Ma, which marks the spot where the first fossils were unearthed in the early 1980s. A collection of fully intact bones from a Phuwiangasaurus are marked in Thai and English, though it’s tough to read them through the windows overlooking the pit.

The trail ends at Site #2, an ancient cave where another Phuwiangasaurus was found in 1989. From here you can cross a car park and continue onto Site #9, where part of the tail of a Siamotyrannus can be seen. (This site can also be reached by a two-kilometre-long dirt road that runs northwest from the visitor centre.)

While the excavation sites will be a letdown for those expecting to see whole dinosaur skeletons up close, the trail is a highlight in itself. Running along a high ridge, the hike leads past several breezy pavilions where you can take in fine views of the half-circle of rolling mountains that encompasses the park.

A stop at the Phu Wiang Dinosaur Museum will make the excavation sites in the park a lot more interesting. Here you’ll find many of the dinosaur bones that were removed from the sites, displayed in well-lit glass cases and accompanied by in-depth English descriptions. The bright space is punctuated by artists’ renditions of the dinosaurs and the prehistoric environment in which they lived.

In addition to a mold of a Phuwiangasaurus and other partial dinosaur skeletons, the large museum is stuffed with info boards explaining the discoveries, excavation techniques and how Thailand’s dinosaurs fit into the global context. It also covers local geology and theories on how the dinosaurs became extinct, among other broad subjects. The knowledge and imagery gathered here will make the excavation sites in the national park come alive.

Kids will be thrilled by a large room adjacent to the museum that’s filled with life-like recreations of the local dinosaurs. It comes complete with tropical forest scenery and a waterfall; some of the dinosaurs even move! Make a stop at the nearby Si Wiang Dinosaur Park to see a bigger collection of dinosaur depictions made out of concrete.

Most visitors come on a day trip from Khon Kaen, but there is a campground north of the visitor centre and tents can be rented for 225 baht. The park also offers a couple of lodges that sleep 10 to 30 people and seem to be used mainly for school field trips. A few Thai-style resorts are also found closer to Phu Wiang town. The small restaurant next to the visitor centre lacks an English menu but will whip you up a plate of fried rice or som tam. Don’t expect much English to be spoken by park staff, including at the visitor centre.

The park covers over 300 square kilometres in all and also includes small waterfalls like Tat Fa and Tat Klang, a reclining Buddha image carved into a mountainside, many dinosaur footprints and a few more excavation sites. These are all far from park headquarters—some can only be reached by four wheel drive—and we couldn’t figure out how to access them in the limited time that we had. Visitor centre staff weren’t very helpful, and we found nothing written about these attractions apart from passing mentions on the park’s web page. If you’re keen to see it all, bring some wheels and allow yourself a few days to explore.

If you’re free to roam for a longer stretch, consider hitting Ubonrattana Reservoir and the related Nam Phong National Park on the way to Phu Wiang. After getting your fill of dinosaur fever, you could continue west to the remote Phu Pha Man National Park and onwards to Loei province for the fantastic Phu Kradueng National Park.

Phu Wiang National Park is located 80 km northwest of Khon Kaen city and 20 km west of Phu Wiang town. From Khon Kaen, take Highway 12 west out of the city. After passing through the town of Nong Ruea, follow signs pointing right (north) to Phu Wiang. This will put you onto Highway 2038, which runs straight through Phu Wiang town before passing the Si Wiang Dinosaur Park on the way into Wiang Kao district, which covers the picturesque farmland inside the half-circle of mountains. From here, several signs lead straight to the Dinosaur Museum, which is a few km east of the national park gates.

If you don’t have your own wheels, catch one of the frequent buses bound for Nong Bua Lamphu at Khon Kaen’s ordinary bus station and get off in Phu Wiang town, where a tuk tuk should cost around 500 baht for a round trip to the museum and national park. 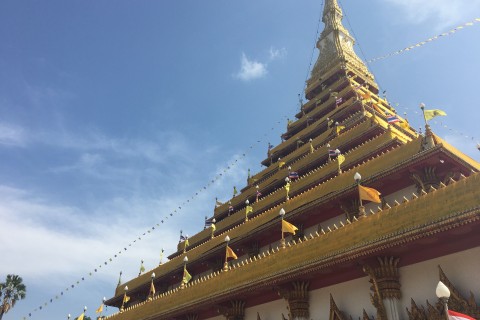 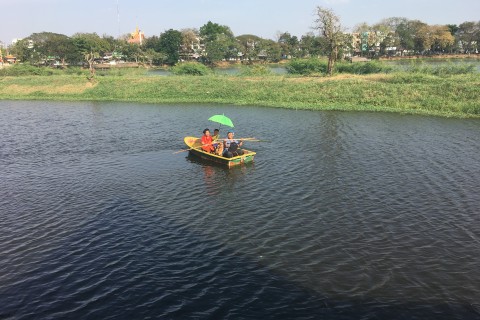 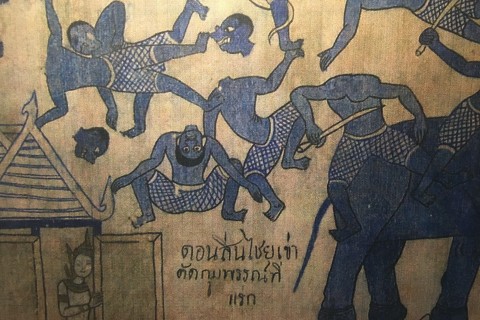 A taste of local culture 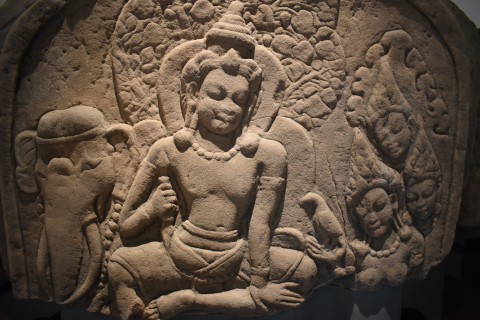