Often described as a “temple town,” Chiang Khan’s eight wats might disappoint those coming from temple-rich towns in Northern Thailand like Chiang Mai, Nan or Lamphun. Still, the centuries-old structures do reveal some unusual features that make them worth a peek as you cycle past.

Wat Sri Khun Mueang
Anchoring the western half of town, this 350-year-old temple boasts a striking ordination hall built in the Lan Xiang style with an impressive saddled roof hanging close to the ground at its lowest point. The entrance is guarded by two unusually friendly looking yakshas (demon-giants of the Ramakien epic), smiling slightly with wide eyes and broad swords in hand.

A hood of nine gold-and-blue naga serpents is perhaps more stunning than the principle Buddha image that it shelters. The temple’s restored and adapted wall murals include tuk tuks and 20th century soldiers among the usual elephants and palaces. A few of the resident monks were smoking and blasting loud music from a songthaew when we passed through. Other features include a garish Lao-style chedi and ancient gateway.

Wat Tha Khok
On the other side of Chai Khong Road near Soi 19, Wat Tha Khok is one of the more aesthetically unusual temples that you’ll find just about anywhere. Built in 1852, the narrow stairs were designed by Vietnamese craftspeople while the inner floor features French-colonial style patterned tiles. The entire building is surrounded by a series of bells and gongs that can be rung for good luck.

The temple sports an unconventional Thai Theravada look with its high gabled roof and collection of Thai Buddha images inside. The heavy use of white and blue, including a gorgeous blue-and-saffron design on the inner roof, makes the temple artistically distinct.

Wat Mahathat
Standing in the immediate centre of town between the two main roads, Wat Mahathat was built in 1654 and is the town’s oldest temple, beating out Wat Sri Khun Mueang by a mere two years. Supported by narrow pillars and flanked by secondary roof sections that look like wings, the straightforward A-shaped structure looks like it could collapse at any second.

Much of the ancient mural on the front of the temple has faded over time, while interior paintings of ancient battle scenes have been touched up in recent years. The temple houses Luang Por Yai, a large seated Buddha image that’s considered to be the town’s most sacred. Holy spirits are believed to descend on Wat Mahathat during a ceremony held annually during the sixth lunar month (usually in June or July).

Wat Tha Khaek
On the side road to Kaeng Khut Khu, this quiet forest temple has a ramshackle appearance thanks to an ordination hall with a two-tiered sloped roof that never seems to be finished (one gets the sense that the proprietors have run short on cash). Three ancient stone Buddha images are found inside the otherwise unimpressive building.

Wander towards the forest and riverside to see a traditional Thai wood house with the remains of a former abbot along with other bits of curio. Nearby sits a massive block of stone, estimated to be around 700 years old, which probably served as the base of a temple that would have predated Wat Mahathat and Wat Sri Khun Mueang by centuries. 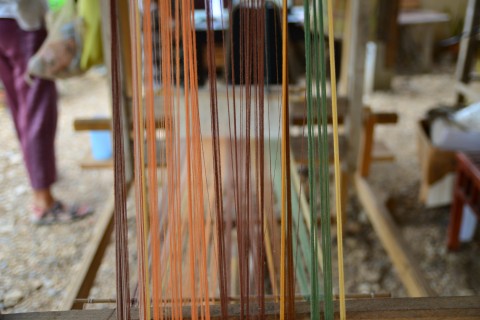 Try your hand at weaving 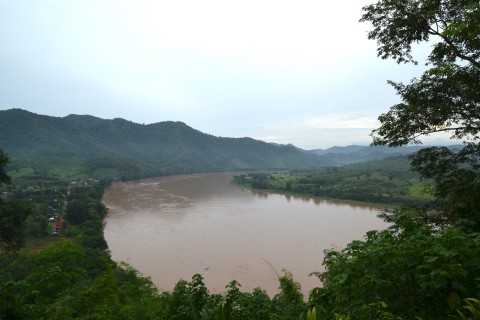 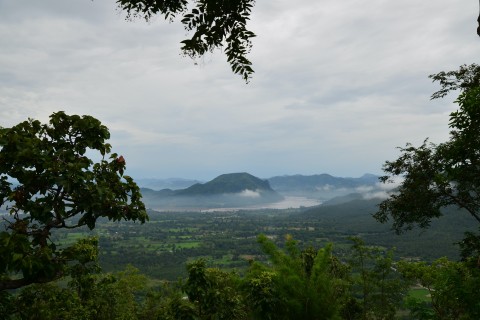 Check out the "sea of fog" Go for the view, stay for the food