Peppered along Mukdahan’s riverfront are four small temples containing much-revered Buddha images, chedis, shrines and a few other interesting bits. None of them will leave you spellbound, but together they join the bustling Indochine Market for an enjoyable stroll or bike ride beside the Mekong. Here’s a rundown from north to south.

Wat Si Mongkhon Tai
With a name that confusingly translates as Southern Wat Si Mongkhon (the northern version is on the Lao side of the river), the northernmost of Mukdahan’s riverfront temples was established when the city was first being constructed in the mid 1700s. The builders discovered two ancient Buddha images here: the large concrete Phrachao Ong Luang and the mini steel Phra Lup Lek.

Now covered in gold leaf, the larger image is displayed in a beautiful Northern Lao style hall. The smaller supposedly moved itself back to the tree where it was found, where it remains in a small shrine. Other features include some distinctive blockheaded lion guardians. Head across the street to check out the sacred spirit shrine known as Chao Pho Chao Fa, where you’ll find several fortune tellers doing a roaring trade.

Wat Yot Kaew Siwichai
Located slap bang in the heart of the Indochine Market action, this temple’s main attraction is a roughly 12-metre-high seated Buddha image placed facing the river in an open-fronted pavilion with glass walls on two sides. It has an unusually tall and narrow face and is depicted with both hands striking the vitarka mudra, which signifies teaching. It’s rare to find such a large image in this particular posture in Thailand.

Towards the back of the complex you’ll find an old ordination hall that’s usually locked and guarded by Lao-style naga serpents. Two nearby chedis each depict former incarnations of the sacred Phra That Phanom, located 50 kilometres north of Mukdahan. Otherwise the bustling temple grounds are filled out by parked cars and vendors slinging street food.

Wat Si Sumang Wanaram
This often overlooked temple is easy to spot thanks to a pair of garishly painted green yaksha giants guarding the front gates. It features a scaled-down replica of the modern Phra That Phanom, with murals displaying a Hindu influence adorning the cramped inner chamber. A nearby shrine room is stuffed with all sorts of small Buddha images in many postures.

Sitting out front under a roof, a large hunk of very old wood is decorated with bright ribbons and carved with a rather spooky motif of a red-eyed woman that reminded us of some portrayals of Mae Nak. It’s believed that female spirits are ingrained in certain types of wood, and the resident monks clearly deemed this one to be of particular importance.

Wat Si Bun Rueang
Found further south along a quieter stretch of the riverfront, this leafy temple houses Phra Singh Song, a bronze Buddha image that was brought to Mukdahan from Vientiane and first enshrined at Wat Si Mongkhon Tai. Seated in the Subduing Mara posture, with a bored look on the face, the revered image is carted around Mukdahan and continually splashed with water during the annual Songkran festival.

At the base of one of the huge banyan trees that graces the grounds, a sinister-looking Ganesha image sits cross-legged with a few flower garlands and smaller statues. Beyond that looms what appears to be an ancient stone carving of the Dharma wheel with 15 spokes as opposed to the more common eight or 12. 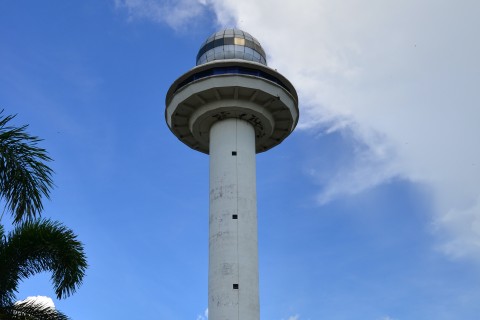 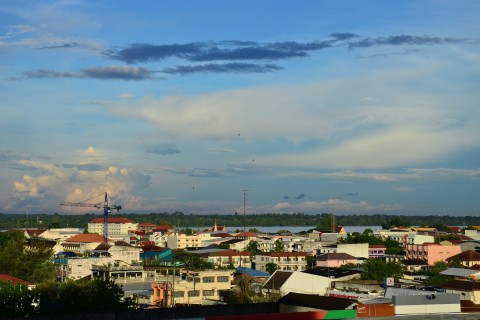 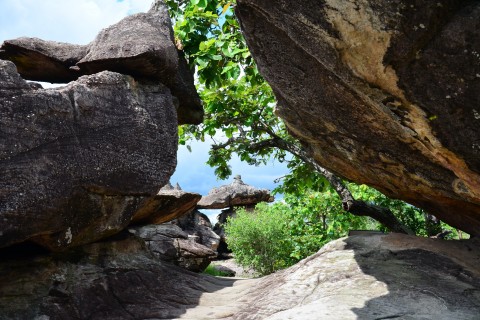 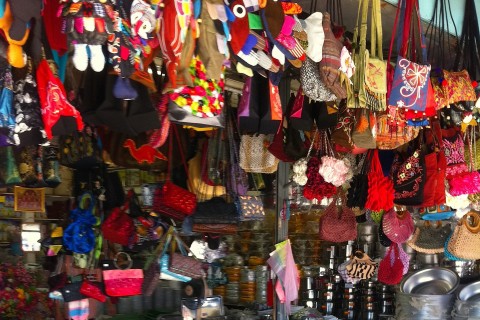 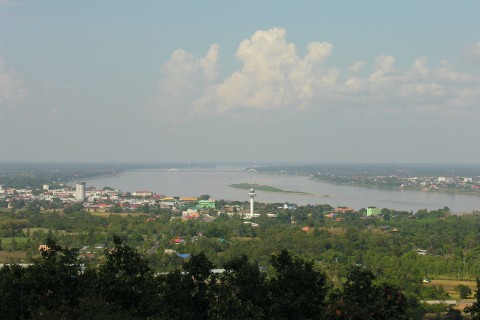