Did you know that there's a lot more to see and do in the Khao Yai region besides Khao Yai National Park? While the wine trail to the north of the park is one great option, you'll also find loads of scenic farms and views on a drive from the park’s northern gate to the eastern Wang Nam Khiao area.

An underrated area among foreign travellers?

Setting off from the tiny village of Moosri, we struck east on two-lane Highway 3052, the scenic way to Wang Nam Khiao. This area is well known as a pretty, mountainous getaway among Thais but is virtually unknown to foreign travellers. Keeping an eye out for wildlife, we sped past a cluster of gaudy resorts and into rolling green hills. The lush Khao Yai mountains loomed over the southern horizon.

Although Thailand’s northern region is the country’s undeniable coffee production centre, quality coffee beans are grown here as well, and a plethora of countryside cafes offer strong brew along the road. Cafes in this neck of the woods often double as antique shops or tiny guesthouses.

It's amazing how a cute cafe can brighten your day.

Rejuvenated from the local brew, we rolled passed a small reservoir and several hillside farms growing corn and sunflowers. We’ve never been to Italy’s Tuscan region, but we imagine it to look and feel something like this -- cool but comfortable air, rolling fields of golden flowers, endless shades of green.

Just three hours' drive, but a world away from Bangkok.

Before long we hopped on Route 304, a fairly busy road that cuts north to Khorat and south between Khao Yai and Thap Lan national parks. Desiring a swift return to the countryside, we followed signs for Pha Ket Tawan viewpoint and snaked through the hills.

Country road, take me home, to the place, I belong...

The road gradually grew narrower -- the air almost cool enough for a sweater as our altitude heightened -- and soon we emerged into the tiny viewpoint park of Pha Ket Tawan. Don’t ask us why, but the thing to do here is rent sling-shots from a little park office and fire acorns into the mountain vastness beyond the look-out -- or artillery -- platforms.

I don't know where this tradition came from, but I LIKE IT!

White storm clouds moved in quick, but after a couple of minutes of drizzle (we hardly noticed thanks to the deviously fun sling-shooting), rays of sun pierced through patches of clear sky. Everything we’d seen up to this point had been nice, but it was here that we were most impressed by Wang Nam Khiao’s beauty.

Peaceful, until that roving gang of sling-shooting six-year-olds catches up to you.

On the way back towards Wang Nam Khiao town, we stopped off at Mr Mushroom farm for a snack of mushroom ice cream and mushroom fries, both delicious and totally normal in these parts.

From sling-shots to mushroom french-fries in 10 minutes -- I love Thailand.

With a cool dusk rolling in and mushrooms filling our stomachs, we wove our way back towards Khao Yai as waning sunlight mixed with mist. Seeking one last adventure, we made our way up to Mongkut Kiriwan Chedi at the top of a small mountain, where we were treated to 360-degree scenes of angelic sun and clouds, hilltop farmhouses and dramatic mountains.

Although we did this route by car, it would also make for a great motorbiking or cycling trip. Highway 3052 is the last possible left turn before hitting the Khao Yai national park gates if coming from the north on Thanarat Road from Pak Chong (follow signs for Toscana Valley, a gaudy Italian-themed shopping centre).

For the most part it’s a straightforward route for the 70 kilometres to Wang Nam Khiao, although when you hit the giant statue of a bull in the middle of a roundabout, take the soft right, not the sharp one directly after the roundabout. If wanting to hit Pha Ket Tawan, take a left in Wang Nam Khiao town on Route 304 and U-turn to the southbound lanes immediately, then hang another left after a couple of kilometres, following the blue sign for “Pha Ket Tawan viewpoint”. From here you could continue south on 304 to the wild gaur viewing tower at Khao Phaeng Ma, from where 304 continues south into Prachinburi province. 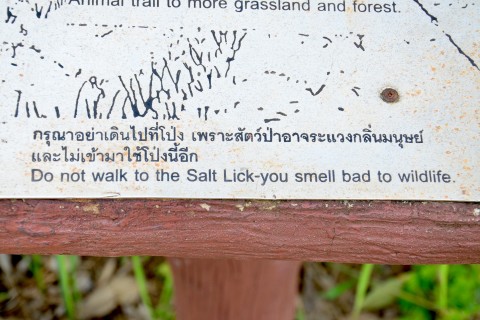 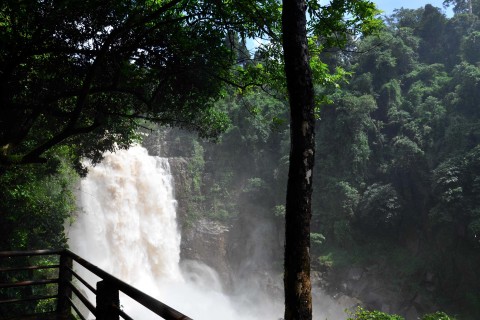 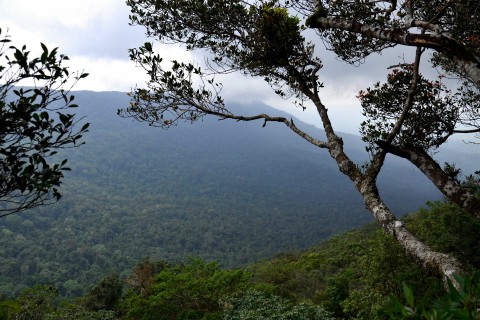 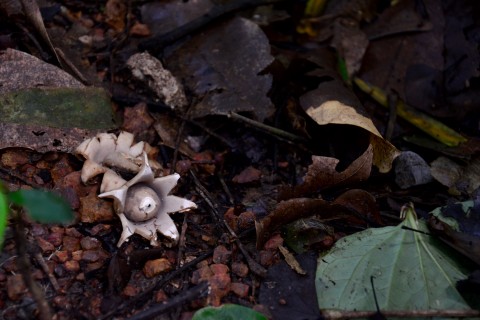 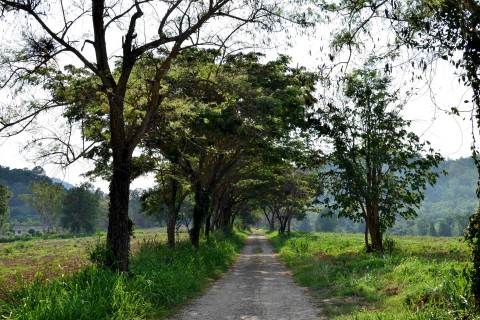 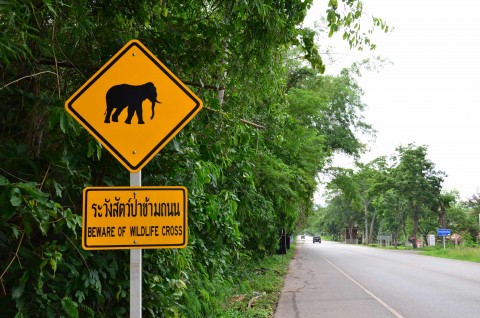 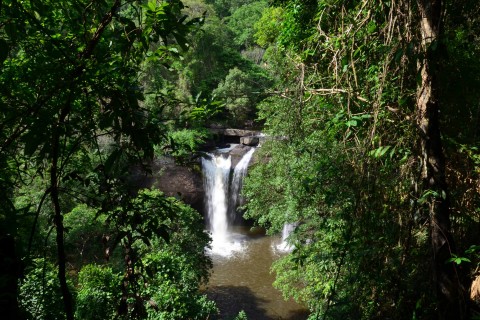 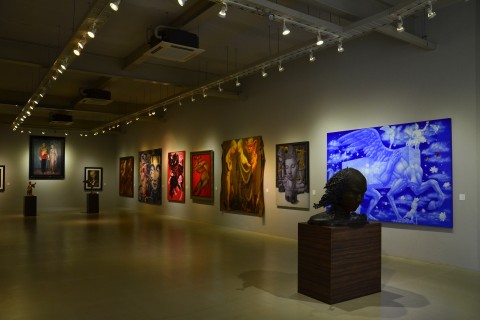