Statues of Thai historical figures don’t often compel us to write up attraction listings, but it’s impossible to ignore the constant fervour commanded by the Ya Mo Monument in the heart of Khorat.

Ya Mo (“Grandma Mo”) was the wife of a local assistant governor when Prince Anuwong of Vientiane invaded Khorat in 1826, seizing the city and enslaving its residents. As the story goes, Ya Mo used a mix of martial strategy and charm -- and perhaps seduction -- to organise a successful revolt against the Lao captors.

After the dust settled, King Rama III bestowed the honorific title, Thao Suranaree, on Ya Mo. While this name is still used, most locals refer to her simply as Ya Mo. The legend of her heroism came to symbolise Khorat’s proud identity, even if some historians suggest that it was greatly embellished as part of a mid 20th-century Thai nationalist movement. In any case, Ya Mo is now featured on the provincial seal and in statuary and banners all over the province.

Crafted out of black copper by Italian sculptor Corrado Feroci in 1934, a slightly larger-than-life statue of Ya Mo grasping a sword stands atop a tall white pedestal in the centre of Khorat. The entire city seems to reverberate from this magnetic centre as throngs of locals and visiting Thais kneel to offer incense, flowers and candles at all hours, rain or shine. A smaller statue of Ya Mo is enshrined near the base of the monument, collecting gold leaf while changing robes with the seasons.

The actual statues aren’t notably impressive, but the spiritually charged atmosphere that surrounds them is a highlight of Khorat. Multiple stages in the adjacent square host elaborate offerings in the form of Thai dance performances. Step into a sala for a cheap Thai massage or, if you speak Thai, sit down to learn what the future might hold from one of the fortunetellers.

Behind Ya Mo to the east stands Pratu Chumphon, Khorat’s only remaining old city gate, which was built in 1656 as part of the vast brick-and-plaster wall that once ringed Khorat (three other gates are reconstructions). Exhibited in the small Suranaree Hall near the monument, the story of the Lao invasion and subsequent rebellion is told by way of a series of models and murals.

Afterwards you might stroll around the public square filled with frangipani trees, benches and a playground beside an old city moat. You could then pop over to Wat Phayap, Mae Kim Heng Market or Maha Viravong National Museum, all of which are no more than a few hundred metres from Ya Mo.

The square hosts a festival held in Ya Mo’s honour every year from March 23 to April 3. Khorat’s elaborate Chinese New Year festivities also take place here at some point in January or February, depending on the lunar cycle.

Ya Mo Monument is located between Ratchadamnoen Rd and Chumphon Rd in the city centre -- just say “Ya Mo” and any tuk tuk or samlor driver will know where to take you.

The place to go for silk 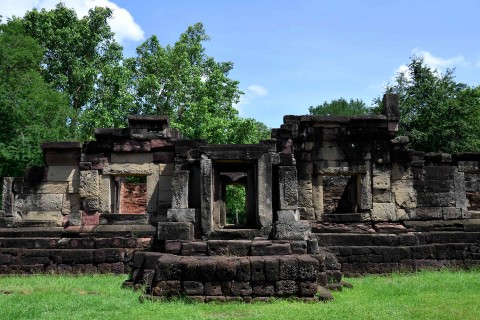 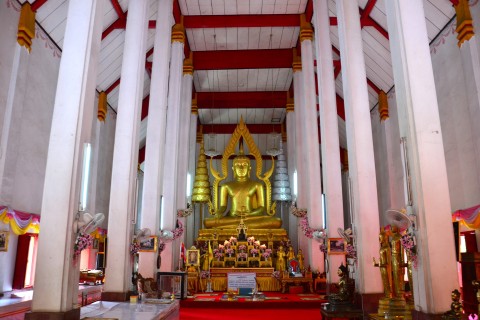 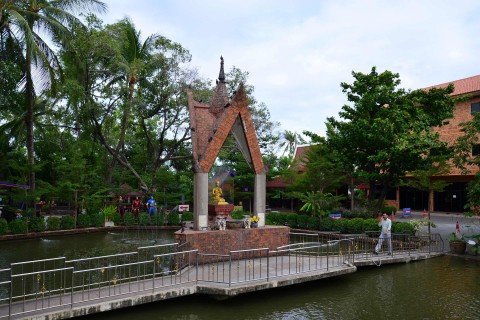 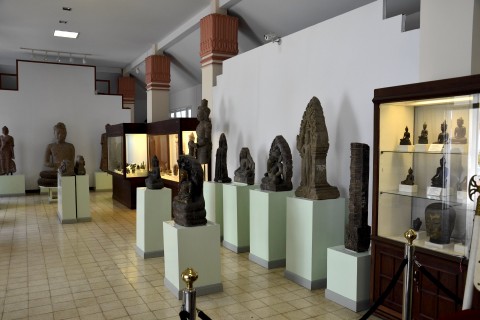 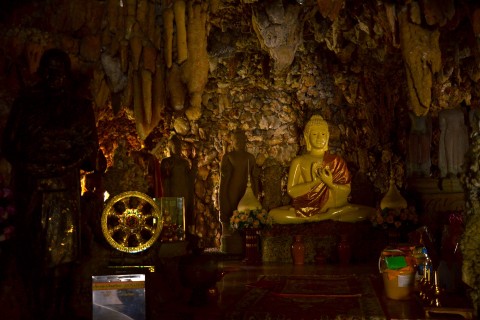 Amazing cave in the city