Prasat Hin Phimai, part of Phimai Historical Park, stands as a majestic reminder that the Khmer were in charge long before Thai people arrived in the area. The sanctuary broke with the east-facing orientation that’s typical of Khmer religious sites, instead facing south towards the kings in Angkor who oversaw a powerful and artistically gifted empire.

Constructed of sandstone and laterite in the 10th and 11th centuries, Prasat Hin Phimai displays Hindu attributes along with a strong emphasis on Mahayana Buddhism, which was unusual at the time. Architects and artists working on the central 28-metre-tall prang, the largest in Thailand, developed and anticipated the style of Angor Wat a century before it was built.

French and Thai archaeologists oversaw a major restoration in the 1960s, piecing together countless blocks like a giant jigsaw puzzle. As of 2016, Prasat Hin Phimai is on a tentative list for consideration as a UNESCO world heritage site.

It begins with an elevated walkway guarded by lion sculptures and more than a dozen seven-headed nagas, their serpentine “bodies” extending to form the balustrades. Studded with broad windows and passageways, four cross-shaped galleries rim the rectangular complex and face the four cardinal directions. Beyond the southern gallery is a large open space with a walkway running straight to the main sanctuary and its surrounding cloisters.

The central prang represents Mount Meru, the centre of the universe where the gods reside according to Hindu mythology. Visitors can step inside the connected mondop with a stone hall leading to a sacred naga-hooded Buddha image. Streaks of sunlight reach the image through doorways placed on all four sides, while a duct in the corner once drained the holy water used for ceremonies.

Complementing the central prang is the smaller Brahman tower, built of laterite by order of King Jayavarman VII during upgrades to Phimai undertaken around the early 13th century. An extremely rare statue of this Khmer king was discovered here along with images of Phra Pachit and Nang Oraphim, characters from the locally revered folktale that bears their names.

Delicate lotus pedal carvings join various deities, bodhisattvas and other figures on almost every pediment and pilaster. Inside the mondop, a lintel depicts the Buddha teaching to disciples in a forest, with musicians and dancers performing below. Krishna battling a demonic Kamsa and Shiva performing the cosmic dance are a couple of the more striking Hindu scenes found on the Prasat.

More than one lintel displays some of the loyal monkey soldiers -- they look like Teenage Mutant Ninja Turtles -- that fought for Rama in the battle for Sita as told in the Ramayana epic. Several carvings depict scenes from this bloody mythological battle, complete with war chariots, swords and magic arrows shot at the villainous Tosakan.

We also enjoy wandering the outskirts of the complex, where bamboo and towering rain trees droop over ruins that are often overlooked. Shreds of the original complex that couldn’t be factored into the puzzle sit neglected beside ancient ponds and walls. An hour is enough to cover most of the historical park, but you could lose several hours if preferring to take it slow.

While Prasat Hin Phimai has never been overly busy when we’ve visited, we suggest avoiding weekends if you don’t want to share the ruins with a busload of Thai tourists. Be sure to also hit the Phimai National Museum, which houses an incredible collection of lintels, statuary and background info that will widen your appreciation for Phimai as ancient settlement.

Phimai Historical Park is located in the heart of Phimai town, just west of the clock tower on Anantajinda.

Our top 4 other sights and activities in and around Phimai One of Thailand’s best 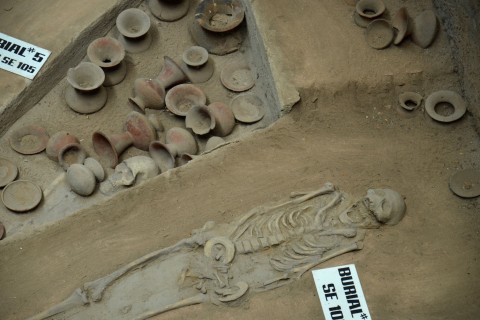 A glimpse into the distant past 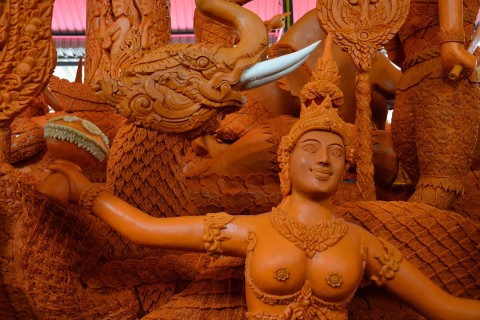