Si Saket province punches above its weight when it comes to temples with quirky and bizarre features. One of the oddest is Wat Phra That Ruang Rong, a large complex with an extensive museum and some eye-popping statuary.

In a portrayal that would make Thai military leaders happy, statues of young Thai children are shown obediently kneeling to offer gifts to elder government officials. Next to that are statues of people with the heads of buffaloes and dogs that probably serve to show Thai kids what will happen in the next life if they don’t shut up and respect the authorities.

Other quirky statuary includes the hermit Russi donning a tiger skin outfit next to a cobra and giant frog; a couple of giant bug-eyed owls; emaciated-looking monkeys armed with umbrellas; and statues of a man and woman displaying their artistically sculpted innards from the chest down. They stand next to the bathrooms, encouraging you to contemplate your body while relieving it.

Under a pavilion in a corner of the grounds, a large Buddha is depicted lying flat on his back—the only one we can recall seeing in Thailand. Breaking from the laughable statuary found elsewhere in the temple, it’s quite a poignant image which serves to remind visitors that the Buddha was not some sort of divine being, but rather a man with a fragile body like any other.

The central feature is a five-storey structure that gets increasingly narrow as you step upwards to a relic-enshrining spire on the rooftop, where you can take in views of the surrounding rice paddy. The first floor displays a vividly painted series of murals, including a few showing minions of Yama, lord of death, prodding and torching the karmically challenged in a Buddhist ... Travelfish members only (Full text is around 400 words.) 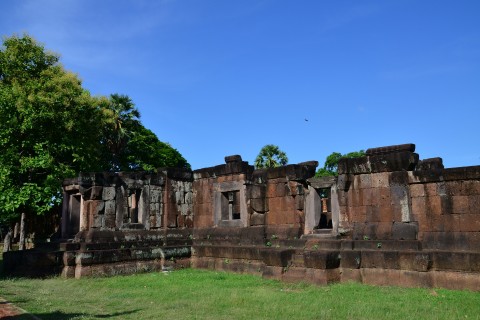 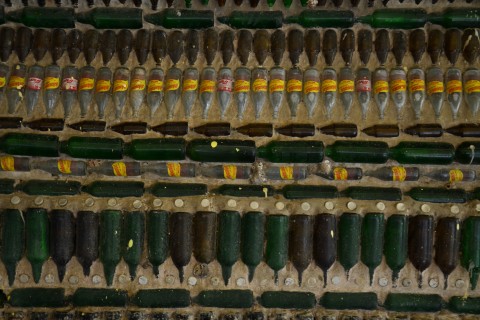 Temple of a million bottles 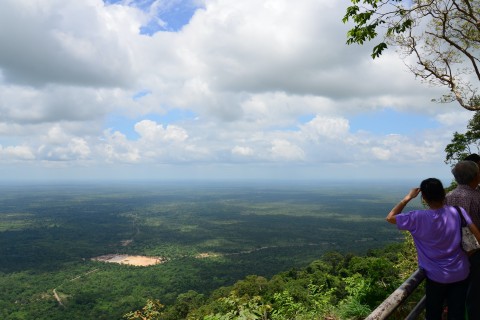