While you won’t find block after block of marble here, you will get a chance to glimpse a sacred Buddha image, Phra Kaew Butsarakham, which is thought to be the largest chunk of topaz in Thailand. Don’t get too excited: it’s only seven centimetres tall!

The tiny but valuable image was supposedly brought here from Vientiane as part of the founding of Ubon Ratchathani in the 1700s. Later it was used as part of a ceremony in which government officials vowed an oath of allegiance to Siam’s monarchs. It remains one of Ubon’s most sacred treasures, sitting high up in the want-to-be Marble Temple, behind glass and barely visible, with a replica placed in front of the larger seated Buddha image down below.

Wat Si Ubon is the city’s most conveniently located temple and most travellers will pop in for a peek whether seeking it out or not. Next to the ordination hall, a shrine room houses a striking Lao-style seated Buddha that’s actually big enough to see. While here, touch the ancient stone marker on the floor to let your fate be instantaneously known, or so they say.

Wat Si Ubon Rattanaram is located on Chayangkun Rd, across the street from the western entrance to the National Museum and a stone’s throw from Thung Si Muang Park. 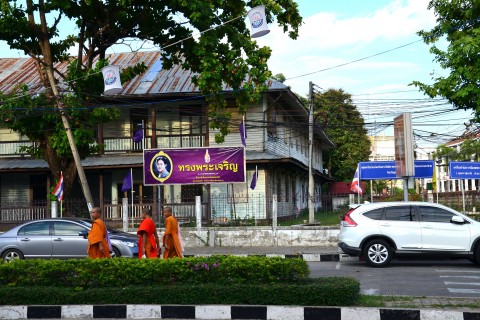 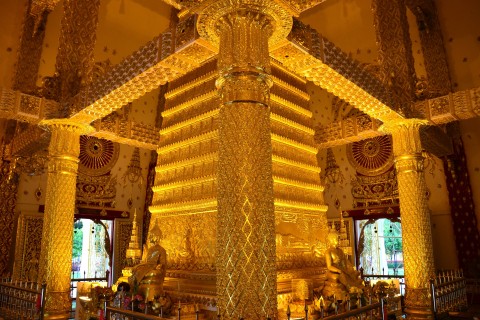 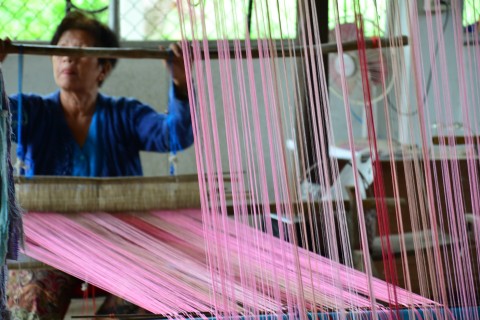 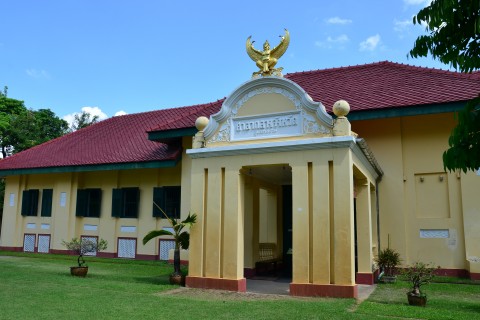 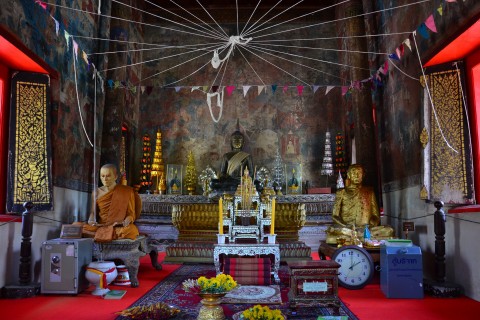 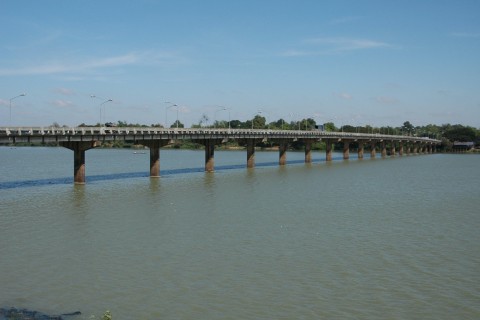 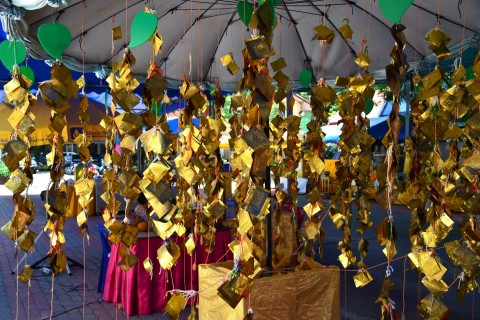 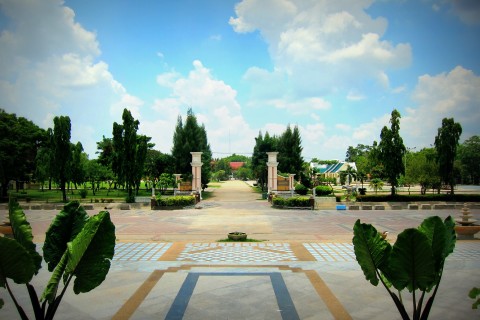 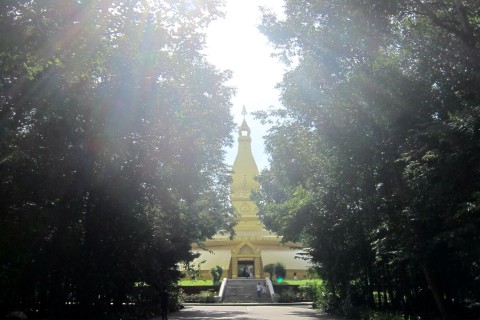