A great day out
Published/Last edited or updated: 11th May, 2018

If you head north out of Chiang Dao on Highway 1322 until Thailand runs out, you’ll hit the Burmese frontier and the remote, border village of Arunothai.

It’s around fifty kilometres along a great road and a large part of the fun, if you’ve got your own transport, is the wonderful drive or ride to get here. The town itself though, just three-kilometres shy of Burma (Myanmar), is an interesting little spot in its own right.

Leaving Chiang Dao on Highway 107 (the Fang road) you’ll see a fork in the road at around the seven-kilometre mark, indicating Wiang Haeng and Arunothai to the left. This makes its way up the Ping Valley—the same Ping that flows through Chiang Mai—and so the route is largely flat, with lush farmland stretching out on either side, bordered by forest-covered mountains. You’ll see mighty Doi Luang to the south and catch glimpses of the rugged peaks of Ang Khang to the east.

A further ten kilometres sees you arrive in the small village of Mae Ja, where a right turn heads off to Phrao and a left climbs steeply towards Wiang Haeng. Continue north. Halfway between Mae Ja and Arunothai you’ll find signposts for Pha Daeng National Park on your left. The visitor centre, park headquarters, hot springs and an attractive waterfall are just off the main road and definitely well worth a stop.

The far-flung border settlement of Arunothai was originally founded by the Kuomintang—3rd regiment, 93rd division, to be precise—and General Ly’s old headquarters are just up the road towards Ang Khang in Tham Ngop village. Originally grouped with the neighbouring village of Muang Na, it’s another one of those remote towns with bad reputations which have been given new and fluffier names of late by the Thai government in order to improve their image. (See for example Ban Rak Thai, another KMT border town in Mae Hong Son, or Khun Sa’s former base at Hin Taek village, now renamed Thoed Thai.) The sub-district is still officially known as Muang Na which actually lies a few kilometres to the west on the road to Piang Luang.

Arunothai has obviously benefited from border trade (no doubt of varying kinds), and it has fertile agricultural land and good roads, so today it’s a bustling and prosperous little town, in contrast to some of the more isolated, rustic villages up the mountain. While most residents are of Yunnanese origin, Shan are also present with Lisu, Karen and Palaung in the surrounding hills. It’s not a tourist town in the same way as KMT-founded Mae Salong is—it’s too isolated and there aren’t enough tea plantations—though there are a couple of souvenir shops on the main street. Physically it resembles Mae Hong Son’s Ban Rak Thai (though without the rip-off tourist joints) thanks to its Chinese-style walled houses and the scenic lake forming the town’s focal point. Several impressive villas skirt the lake, so some people up here have made plenty of dosh!

The town comes alive on Friday mornings when the weekly market sets up just north of town up the road leading to the border; Thai, Chinese, Shan and Lisu vendors and shoppers converge, with plenty of local specialities and produce from over the border on display too.

Market aside, Arunothai’s highlight for us is the wonderful Tayong Yunnan Noodle Restaurant. It’s been around since 1976 with its home-made noodle, wonton and dumpling recipes passed down from father to children. They have an English-language menu, and excellent English is spoken, with the house favourites of khao soi and gyoza (fried dumplings) setting you back around 40 baht a dish. A wonderful spot located a couple of hundred metres or so down the road to the border from the main crossroads in the town centre. Tayong is open daily from 10:00-18:00. If you’re unlucky and the restaurant is closed, then your second best bet is Pirom Noodles, on the same side of the same road between the crossroads and Tayong. Menu and prices, though not service, are comparable to Tayong.

While Arunothai makes for a great day trip—especially with a stop at Pha Daeng on the way—the small town’s accommodation options are uninspiring and it’s best to either return to Chiang Dao or head on elsewhere for your night’s kip. If you do find yourself needing a room, a couple of possibilities lie on the same road north out of town heading for the border. The grungy Arunothai Guesthouse, (053) 045 602 or (089) 852 4888, has small, basic fan rooms with attached, albeit pretty grotty, bathrooms with squat toilet for an overpriced 400 baht. Across the road, a grocery store has a motel-style block of better, cleaner and larger rooms going for a steep 800 baht under the name of Long Chang Hotel (087) 173 7196, (065) 094 3969.

Songthaews leave every 20 minutes from the central crossroads costing you 50 baht for the ride to Chiang Dao. There are less frequent ones heading to Fang for the same price.

If you have your own transport then there are three options for arriving in, or departing from, Arunothai. Firstly the highway back to Chiang Dao as described earlier and secondly a sealed road winding fourteen kilometres up the mountains to the east to Sinchai village. From here you have the choice of continuing up the mountain to Ang Khang or taking a twelve-kilometre dip down to Chai Prakarn on the main Chiang Dao to Fang highway.

Finally, a third road splits off from the 1178 at Lin Luang village, six and a half kilometres south of Arunothai, which takes you over the mountains via Muang Na to Route 1322 between Piang Luang and Wiang Haeng. This is now sealed, weighs in at around sixty kilometres total distance and provides spectacular scenery but the ascent out of Muang Na is long and steep. 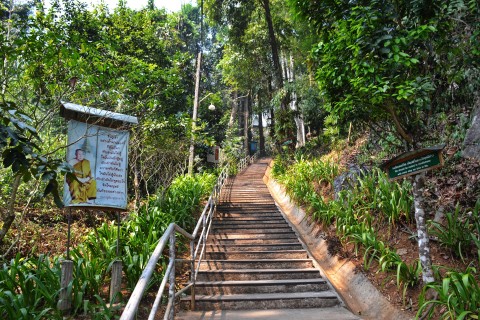 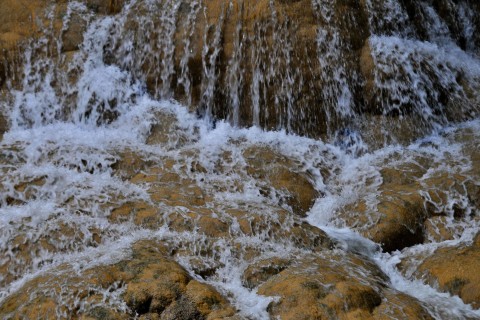 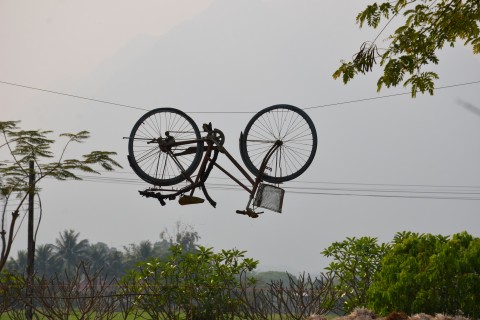 A perfect morning out 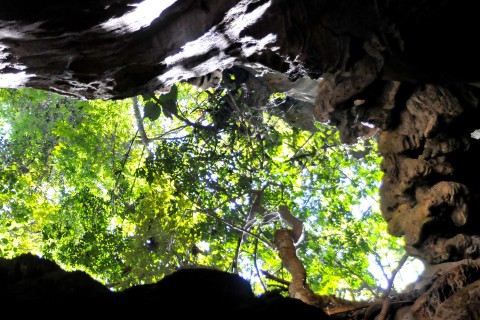 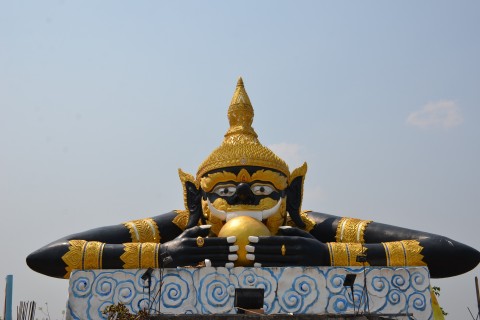 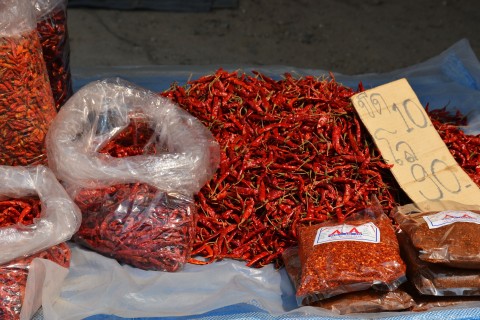