This spectacular waterfall is the key feature of the national park of the same name—Namtok Mae Surin National Park—and at more than 80 metres is considered to be the highest waterfall in Thailand.

It’s located in the far southeast of this long thin park, which extends all the way to the Pai River north of Mae Hong Son and includes numerous smaller waterfalls as well as a hornbill reserve amid its steep, forested hills.

Mountains rise to more than 1,700 metres and forest types in the park include dry dipterocarp on lower slopes, bamboo in logged areas and teak, deciduous and montane evergreen at medium altitudes plus pine on the summits. Some of the valleys and slopes around the edge of the park also have attractive rice terraces. Inhabitants are mostly Karenni (Red Karen) along with a few Hmong villages.

The waterfall itself is located on the opposite side of a ravine to the headquarters car park, so you can grab a photo from the viewpoint while barely needing to leave your vehicle. A trail leads down to the foot of the falls but it’s steep and certainly not practical during the rainy season when the falls at their most impressive. During dry season it does make for a pleasant scramble but allow two to three hours for the round trip.

Outside of the car park, little of the national park is visited and indeed when we showed up in low season the visitor centre and park facilities were closed. If you do want to visit but don’t have transport your best bet would be to inquire at one of the trekking or tour agencies in Mae Hong Son town. In high season they do have accommodation available and the entrance fee ought to be 200 baht.

Take the Mae Chaem road out of Khun Yuam (Route 1263) and after some 15 kilometres you’ll see a well-signposted turn off to the left for Mae Surin National Park and the Bua Thong sunflower fields. The sunflower fields are at the 12-kilometre point and the entrance to the park is another 4 kilometres or so further along the same road. 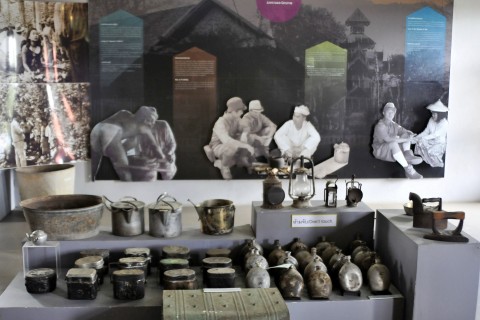 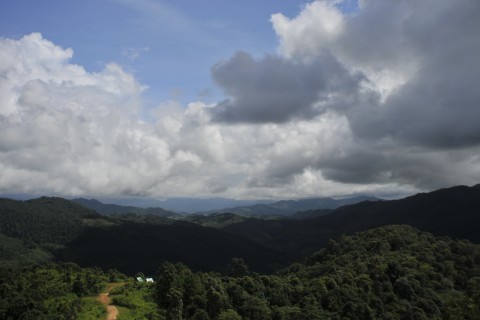 Pretty at the right time of year