Worth a stroll, but watch your step
Published/Last edited or updated: 29th August, 2017

Pai Canyon is a picturesque area of eroded red sandstone, comprising deep gullies and ochre-coloured sharp ridges dotted with stunted pines. Photos of it feature on many of the town’s tourist brochures and a convenient location makes for an unusual and attractive place for a stroll.

This is a geographical feature that crops up at various spots across Thailand's north such as Pha Chor in Chiang Mai’s Mae Wang National Park and Mueang Phi in Phrae province. Pai’s offering is the best known and a scenic spot but the Grand Canyon this certainly is not. Expect some pretty views—especially late afternoon if the light is good—but don’t raise your expectations too high.

There are wooden viewing platforms and plenty of trails but be warned that they can get very slippery and some are extremely narrow and run along razor sharp ridges with sheer unprotected drops on either side. They’re slippery in the rain of course but even in dry conditions the gravel is still potentially treacherous, so do take care!

Plenty of side trails lead off from the main viewing area and the canyon and surrounding woodlands are also very good if you’re into bird-watching. Our resident Travelfish.org birding expert reported seeing three different kinds of woodpecker in the same tree—exceptional!

The canyon is located a few kilometres out of town, just before reaching the Memorial Bridge and the turn-off for the hot springs on the road to Chiang Mai. There’s a carpark and vendors on the right and concrete steps take you between the trees to the viewing point and trail heads. Entrance is free.

Pai Canyon is included on most Pai sightseeing itineraries along with the nearby Memorial Bridge. The old bridge is a kilometre or so past the entrance to the canyon, on the way to the hot springs, and is worth a photo stop if you’re passing that way by scooter or bicycle. It is book-ended by souvenir stalls and food stands, and there’s also a bamboo rafting operation at the bridge’s eastern end.

The original bridge across the Pai River was constructed out of teak by local workers conscripted by the Japanese army during World War II. It was built to help transport supplies and manpower across northern Siam to the Burmese front. The bridge was burnt down by retreating Japanese forces at the end of the war, then rebuilt by locals themselves in 1946. In turn, it was destroyed in 1973 by catastrophic floods. Pai citizens asked if they could re-use the old steel Narawat Bridge that Chiang Mai municipality was dismantling—so the bridge you see today was constructed by Thais and was originally built to span the Ping, not the Pai.

Pai Canyon is around the eight km mark as you leave town on highway 1095 heading south. The entrance is clearly visible on the right side of the road. The Memorial Bridge is found 1.5 kms further on next to the modern bridge across the Pai River on the Chiang Mai highway. It’s a relatively flat route for cycling while taxis in town will take you up there for 3-400 baht per person return including waiting time. Both bridge and canyon are included in day tour programmes.

Our top 10 other sights and activities in and around Pai 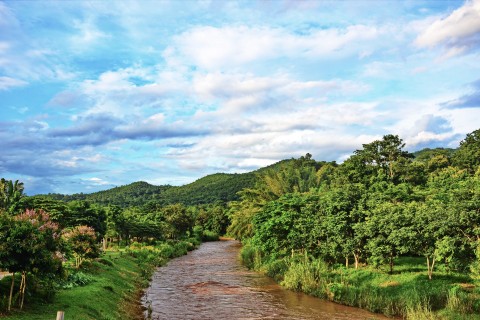 A sample itinerary to get you planning 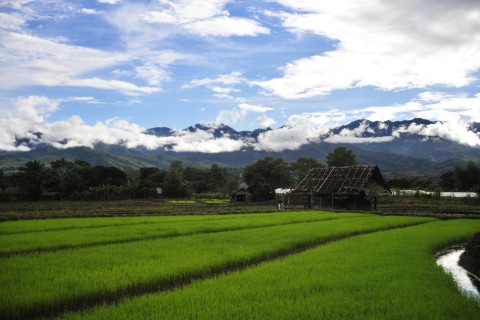 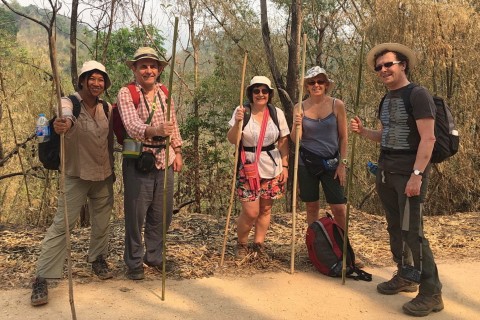 Get out and about 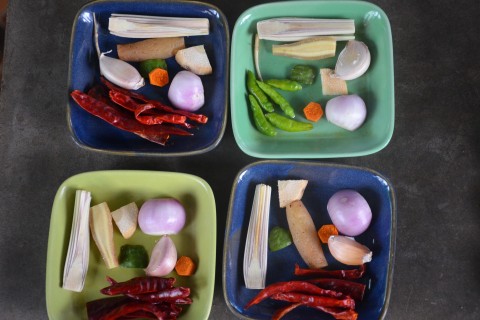 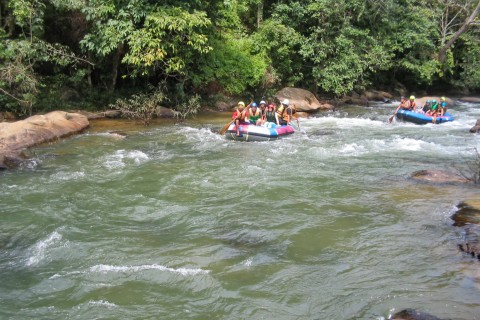 A good way to relax Go for a browse 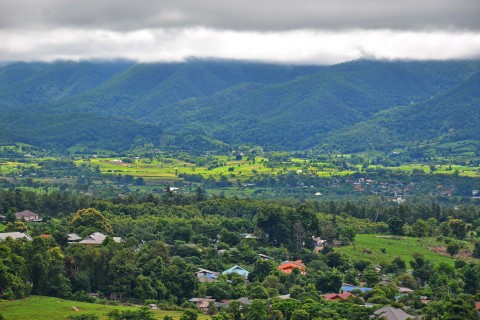 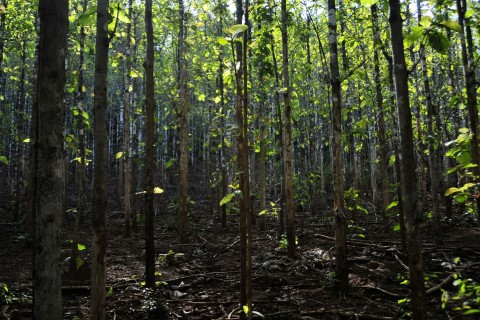 Can be excellent value 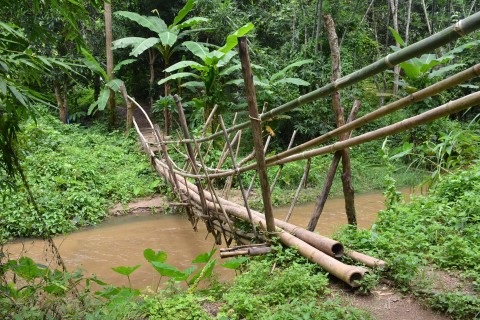