Several attractive heritage houses have been preserved in the historic southern end of Tak town, including a former governor’s residence now housing the Tak Museum. Follow that up with a walk down Trok Ban Chin and you’ll get an intriguing glimpse into what the town was like more than a century ago.

The best part about the Tak Museum is probably the restored house itself: a large 150-year-old teakwood structure with delicate woodcarvings, original floors and more open-air windows than we could count. It served as residence for several Tak governors and King Bhumibol stayed here with Queen Sirikit at some point during the second half of the 20th century.

An upstairs section exhibits portraits of every Tak governor dating back to the mid-19th century along with a captivating black-and-white portrait of King Taksin that’s so detailed it can be mistaken for a photograph. There’s also a traditional Thai bedroom, shrine room and office, all containing several striking antiques, including Buddha images, grandfather clocks and early Rattanakosin-era furnishings.

The downstairs section, which would have been used for cooking and bathing, exhibits old cooking and farming tools along with photos of Tak town that look like they were taken shortly after the camera was invented. Check out the ancient sandstone water purifier and examples of Tak-style krathongs. English-speaking curator, Ms Jeab, did a great job of showing us around.

Walk straight south from the museum along Taksin Road and you’ll come to Trok Ban Chin (also spelt Jeen, meaning “Chinese Village Alley”), a narrow brick lane that diverges slightly to the west of the main road. The Thai- and Sino-European-style teakwood houses are among the oldest and most beautiful that we’ve seen anywhere -- and we’ve been to more than a few “old towns” in Thailand.

While many of the houses grabbed our eyes (and camera lens), the highlight is a roughly 150-year-old former Chinese merchant’s house known as Ban Sophanodon. Fronted by a Chinese gate with exquisite woodcarvings, it boasts original shutters, gingerbread eaves and a balcony that would have afforded a view of the trading junks churning down the Ping River back in the 1800s. In those days Trok Ban Chin was located much closer to the river, but in the 20th century the west bank was widened considerably.

In recent years the Trok Ban Chin community has dedicated itself to preserving the houses as a living museum, and it appeared that gradual restoration work was ongoing. Nearly every house is still lived in, often by Chinese-Thai descendants of the original owners. None were open to the public at research time in April 2016 but you might get lucky and receive an impromptu tour if one of the owners sees you peeking inside.

The Tak Museum is located a few hundred metres southeast of the Viang Tak Hotel in the same compound as some provincial administration buildings off Taksin Road. It’s open 08:00-16:30 Mon-Sat and admission is free. Trok Ban Chin begins about 200 metres further south of the museum -- it’s a slight right off Taksin Road, marked by an English sign concealed by some trees.

Our top 1 other sights and activities in and around Tak 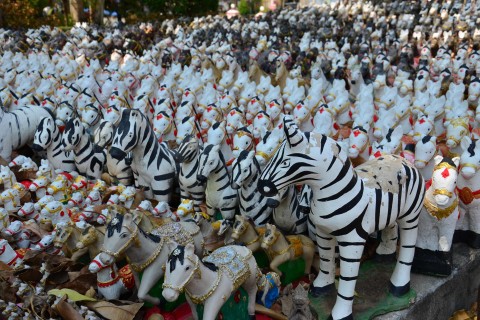