Silvery water rippled from the direction of the rising sun. To the west, a longtail boat hummed over calm cobalt blue. We stood at the centre of this Talay Waek, or “Separated Sea,” on the narrow sandbar that connects Ko Gai to a pair of islets. Nearby stood the towering cliffs of Ko Poda, its bright white sand gleaming in the morning light. “Good thing we got an early start.”

Overseen by the Hat Noppharat Thara – Mu Ko Phi Phi National Park, Ko Poda and Ko Gai (aka Ko Dam Kwan) are the largest of several small islands that can be easily spotted off the shores of Ao Nang and Railay. Most travellers visit as part of the popular “Four Islands tour”, Gai’s neighbouring twin islets, Ko Tub and Ko Mo, being the other two. We recommend a private boat trip instead.

Our boatman stood ready just before 07:00, and he didn’t waste any time. The sturdy wooden longtail skipped west, nudging its brightly decorated nose up to the sandbar before anyone else had arrived. It’s true that Krabi’s islands get crowded. But at this moment, the many tour boats were out of sight and mind. Nothing but pure, pristine beauty.

We strolled slowly over the sandbar, turning often to soak up the marvellous views from all directions. Every few feet we stopped to snap photos, futile attempts to capture the experience. Clean air filled the lungs. The sound of lapping water ever so gentle in our ears. Peace interrupted only by a nagging desire to make the moment last.

By the time we made it to the modest house that overlooks Talay Waek from Ko Gai’s southern tip, another boat had arrived carrying a few Thai travellers. After our methodical stroll back across, the boatman awoke from his catnap, yanked up the anchor and shoved off with a dunk of the propeller. When we glanced back at Talay Waek an hour later, it was filled with half a dozen speedboats and many more longtails.

The boat cruised west alongside the limestone formation that gives Ko Gai, or “Chicken Island,” its name. On the other side of these bulging rocks, we passed a dangling rope ladder used by Railay’s rock climbing outfits for deep water soloing. Our boatman motioned towards it, thinking we might want to free-climb the cliff and then plunge into the deep sea-green water. Arriving at the far northern corner of Ko Poda’s beach, we began photographing the aquamarine surf before even hopping off the boat.

Poda’s powdery beach is so white that it blinded us in the late-morning sun. It stretches for some distance, perhaps a kilometre, turning gradually in a half-circle while skirting at least half of the island’s coastline. A lone karst islet stands like a moon just offshore. Ko Gai is close enough for many to swim to from the northern end of Poda’s beach, though the boat traffic can make this dangerous.

Abundant coconut trees and other greenery stretch inland to meet a vast vertical limestone cliff. Looming large from as far away as Western Haad Noppharat Thara, the prominence’s distinctive cream-coloured rock is even more dramatic from closeup.

While Ko Gai has no facilities of any kind, Ko Poda does have a small restaurant and restrooms. The only potential place to stay, the very basic Poda Island Resort, closed in 2014 and in 2018 the owner lost a court battle that would have given him control of much of the island, which is now fully controlled by the national park. An info board in Ao Nang says that all foreign visitors must shell out a 400 baht entry fee upon arrival at Poda, but we were never asked to pay.

Wanting to keep to the standard 1,700 baht price for a private trip, we opted to skip smaller nearby islands like Ko Si and Ko Ta Ming, which we’ve heard have some decent snorkelling spots. If you just want to relax at either Poda or Gai (but not both), hop in one of the shared boats that depart Ao Nang at around 09:00 (or whenever full) and cost 300 baht per person for a round trip, not including the park entry fee.

The other option is to partake in one of the tours, most of which also include a stop at Phra Nang beach on Railay. Expect to pay as little as 500 baht for a longtail tour, 800 or more if going by speedboat. If you want to experience Talay Waek with few or no people, do as we did and arrange a private boat the evening before at the ticket booth overlooking Ao Nang beach. Boats for the same price can also be arranged at Railay West. 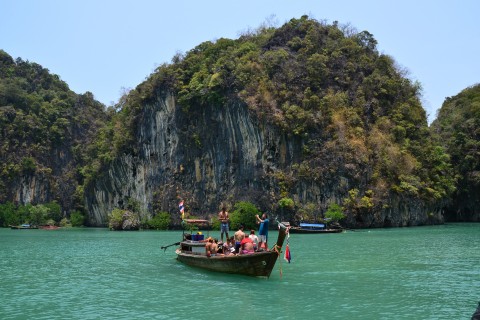 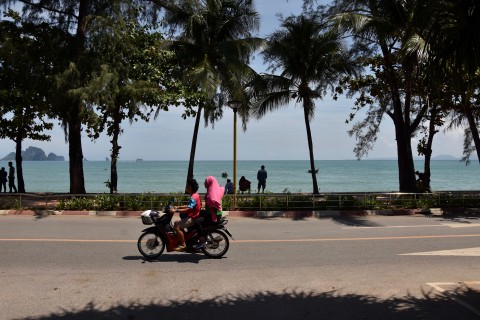 Plenty to choose from. 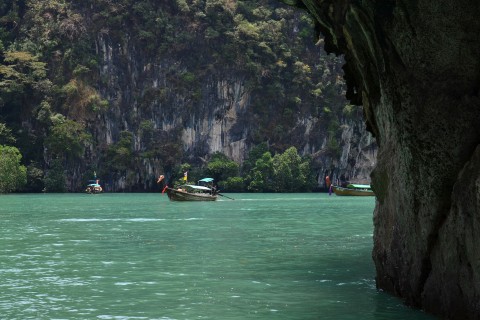 Find out why they call it “room island” 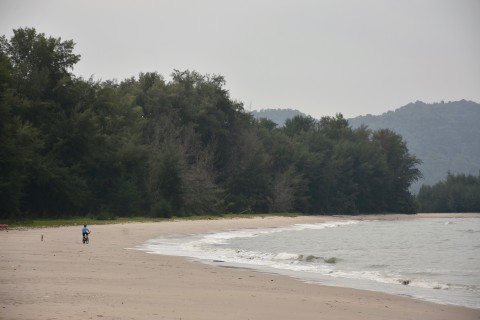 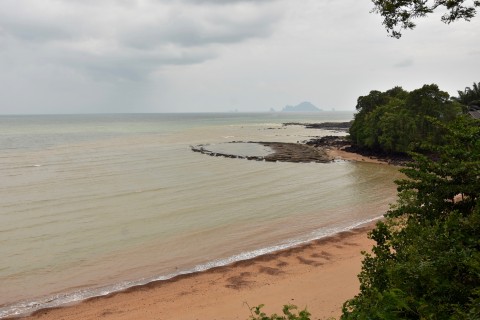