Worth the boat trip
Published/Last edited or updated: 14th October, 2018

The pair of 100-metre-high limestone outcrops known as Khao Kanab Nam rise from either side of the Krabi river to form a key part of the area’s natural scenery. Virtually any visitor to Krabi town will glimpse the rocks and their signature tilted shapes from afar, but a boat trip to explore the cave and surrounding mangroves is worth the expense.

Starting at Chao Fah pier in Krabi town, we hired a longtail boat on a splendid late afternoon and cruised north on the wide and calm river. The attraction is overseen by Khlong Prasong district, which also includes the extensive mangrove forest nearby and the rural fishing island of Ko Klang further south. A 30-baht per person entry fee was collected after we docked.

Not in a rush to enter the cave, we strolled along the sandy mangrove beach, passing tall boulders while wandering all the way to the rear of the grounds. Here we found a small cave that opened to reveal another extension of the river.

The main cave is thought to have served as a shelter for some of the many prehistoric humans known to have dwelt in the area. One complete skeleton—43,000 years old according to a sign—was placed at the entrance after being excavated nearby. Without a case or any sort of barrier, it rests out in the open amid the reddish-tan sand.

A steep stairway carried us up to the main cave, carved by karst forces from within the “leaning” rock prominence. It’s a sizeable space with a sloping floor and ceilings that we reckoned reach up to 30 metres high. Among the many knotted rock formations, the surfaces of long stalactites and stalagmites showed dark sea-green, creamy beige, silvery white and the occasional ice blue.

At the main entrance and a second circular hole towards the far roof, openings in the rock cast other-worldly light into the cavern. Shadowy corners spread out like black fingers along the edges, visitors looking like blurry shapes as they explored.

The cave is impressive, even if it doesn’t have any prehistoric cave drawings like Tham Phi Hua To and others. Local authorities have attempted to make up for this lack of “flair” by adding halfhearted info boards covering the evolution of humankind, Krabi’s ancient history and how the Japanese army occupied the area during World War II. They even added life-size statues of cavemen and Japanese soldiers.

Once we’d finished hanging out with the fake cavemen, we climbed back onto the boat and took a spin through the mangroves. For a little extra cash, you can add on a stop for a meal at one of Ko Klang’s floating fish farm restaurants.

The hour and a half trip cost us 500 baht, not including the 30-baht entrance fee at Khao Kanab Nam. Boatmen are always ready and waiting at Chao Fah pier. You could also hit the mangrove walkway off the far northern end of Krabi's riverfront walkway; at the end there's a pier set directly across the river from Khao Kanab Nam, and boatmen can ferry you across and back for around 100 baht. 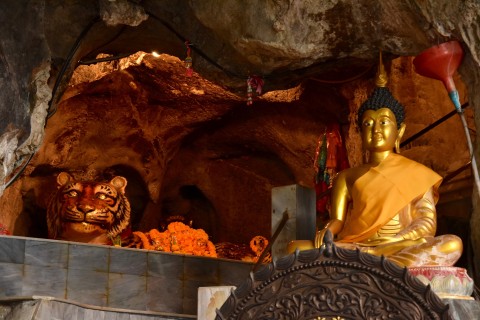 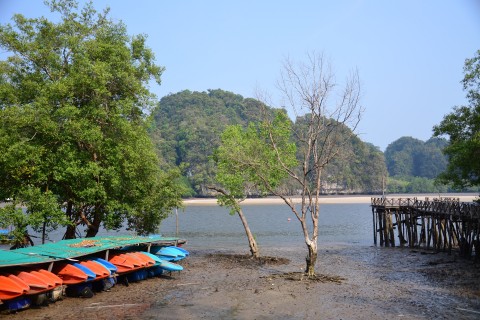 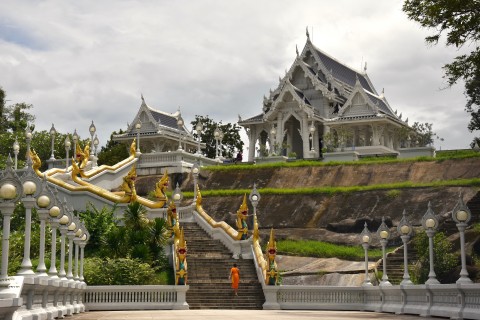 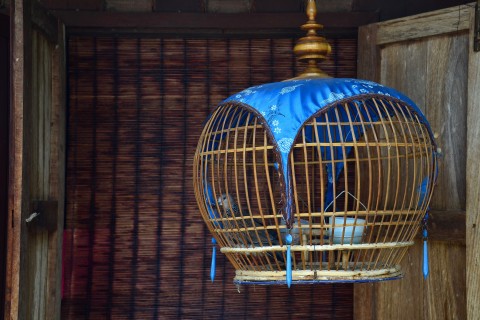 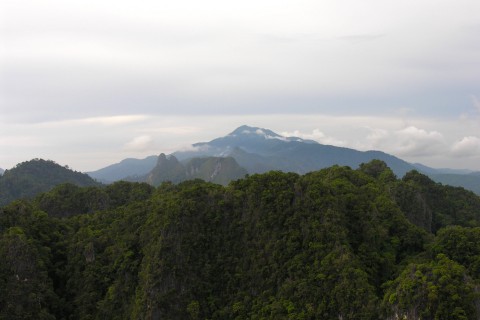 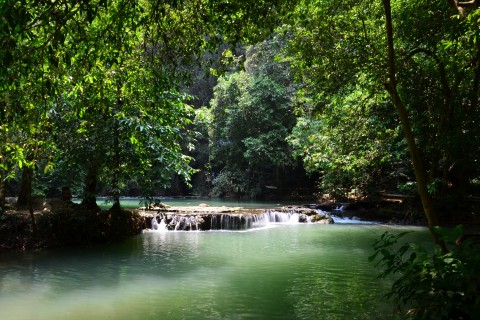 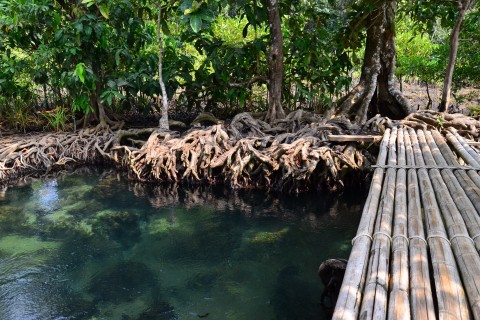 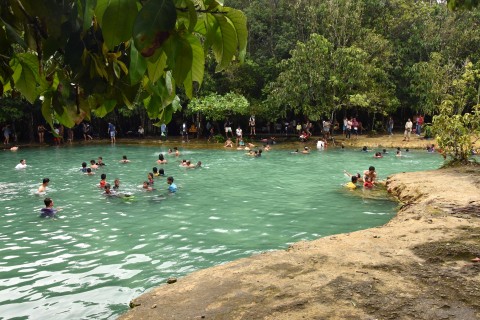 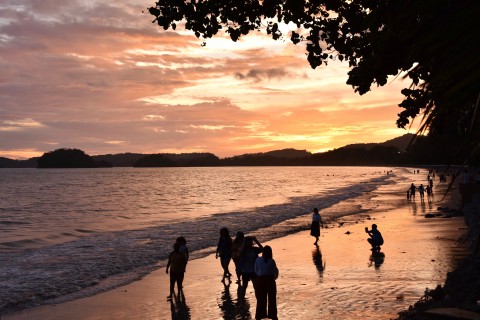