Riveting legends and wooden penises are what make the Phra Nang cave shrine famous. Located in a corner of the same-named beach, locals flock here to ask the resident goddess-spirit for help, especially when it comes to catching fish and having kids, while foreign travellers stand around looking bewildered. Want to know what’s behind the phallic frenzy? Read on.

In all of the legends, Phra Nang (or Mae Nang) is a female spirit symbolising fertility. Part of the cave resembles a vagina (seriously), and some of the hundreds of phallic offerings that now fill it stand several feet tall and over a foot wide. A stalagmite that rises from the floor of another nearby cave, along the path from Railay East, is also deemed a sacred lingum. Local fishermen believe that offering a phallic symbol will result in a hefty catch. Most Thais who visit Railay make it a point to pay their respects to Phra Nang.

One story tells of how, many centuries ago, an Indian princess drowned in a shipwreck off the Railay coastline. Confused and desperate for dry land, her spirit took refuge in the cave, where some say it remains. Another legend claims that Nang was a sea gypsy who was abandoned in the cave by her husband. Angry at this betrayal, she became a powerful sorceress who after death morphed into a potent spirit. And not always a happy-go-lucky one either.

The most famous legend tells of how a son, Boon, and daughter, Nang, of two feuding families fell in love and wished to be married many moons ago. Seeing that their children had fallen deeply for each other, the families settled their differences and arranged a marriage. But they weren’t alone. A powerful local sea serpent spirit also had his eye on the beautiful Nang, wanting her to come out to sea and marry his own son.

Disguised as a man, the spirit attended the wedding on what’s now Phra Nang beach and used his powers to reignite a bitter fight between the families. Angered by all of this ruckus, a meditating hermit who lived in a nearby cave cast spells on the whole lot, transforming them into various mountains and caves in the Railay area. Boon’s spirit became the cliff at the end of Phra Nang beach, while Nang was encapsulated in a cave at the bottom of the cliff. Hey, at least they ended up together.

In more recent times, workers who were building the nearby Rayavadee luxury resort are said to have gotten drunk in the cave and accidentally started a fire that torched the shrine and most of its phallic offerings. That same night, a woman was possessed by Phra Nang’s spirit. Soon after, right in the middle of Rayavadee’s disastrous grand opening, the resort’s state-of-the-art generator exploded in what some say was a blast of Nang’s fury.

Management first responded by dedicating a concrete shrine to appease the spirit. But within days, another woman was possessed, dozens of employees quit and activists in Bangkok began protesting the resort’s encroachment on the natural environment. According to locals, the spooked resort owners ordered remaining staff to carve new wooden penises to replace the charred ones. Only then did Phra Nang’s wrath finally cease. (At least for now—bwahahahahahahahaa.)

If you visit, do be respectful of the local beliefs and remember that each lingum is considered a sacred offering that was given in total seriousness. The cave is hard to miss, very close to where the walkway from Railay East arrives onto the southern corner of Haad Phra Nang. 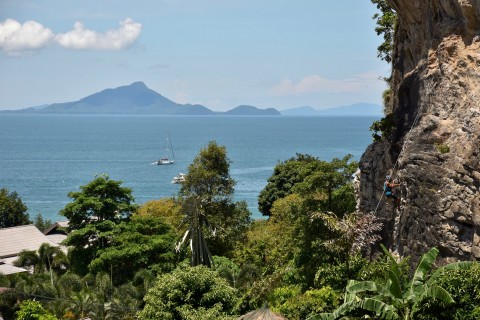 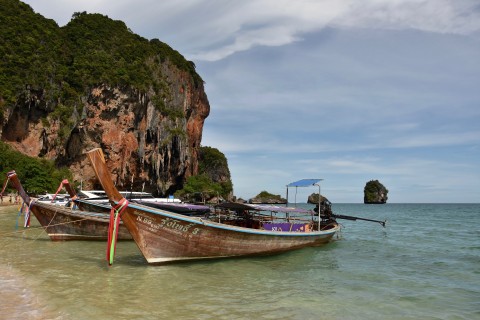 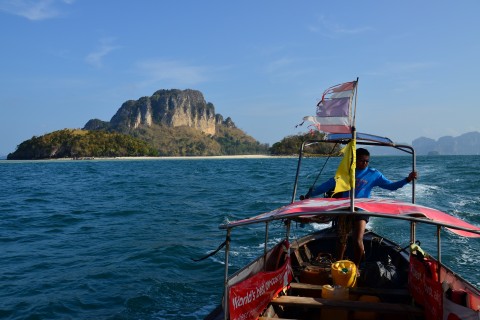 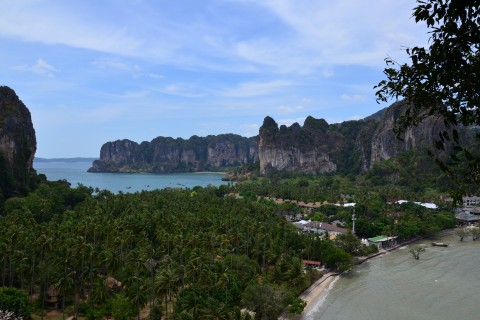 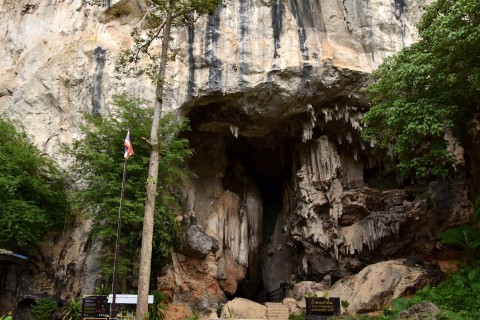