Built under King Rama IV in the mid-19th century, the royal palace, temple, chedis, museum and cobblestone footpaths included in Phra Nakhon Khiri Historical Park sit atop a wide 95-metre hill known locally as Khao Wang (“Palace Mountain”), and while a tiring trip up here also rewards you with tremendous views, do beware of the brazen monkeys.

King Mongkut (Rama IV) used the breezy palace as a place to relax, study and stargaze. He was passionate about academic and spiritual studies, spending decades as a Buddhist monk before ascending the throne, and the palace’s isolated setting and broad layout perhaps hint at his fondness for seclusion. King Chulalongkorn (Rama V) used the palace through the turn of the century, but after his death it fell into disrepair before being restored some decades later.

Three areas of interest crown a trio of hilltops, collectively displaying elements of Chinese, European, Thai, Khmer and Sri Lankan architecture and artistry. In between you’ll find minor structures and circular fortresses where the palace guards would have kept watch. Nowadays these make for handy places to rest with a breeze and a view.

Atop the eastern peak towers Phra Prang Daeng, a dark-crimson mondop rising to a five-tiered pagoda that narrows towards the top. Across the platform is the palace’s tiny royal temple, Wat Phra Kaeo, consisting of little more than a small marble-floored ordination hall. This is the best spot in the park to gaze east over Phetchaburi town—on a clear day you can see all the way to the Gulf.

The central hilltop hosts Phra That Chom Phet, a slender 40-metre-high bell-shaped chedi built in the typical Thai adaptation of the Sri Lankan style. Visitors can duck inside narrow passageways leading to a central reliquary where relics of the Buddha were supposedly enshrined. From the outer walkway you can gaze towards both of the other hilltops and beyond.

To the west stands the park’s largest cluster of buildings at the former royal residence, fronted by a Sino-European mansion that now exhibits furniture, porcelain and other objects used by the kings and their guests. A nearby prasat shrine sporting Khmer-style spires now contains a statue of King Rama IV. From here you can take in a western vista of the Tenassarim Mountains or look east towards the chedis. Stroll beneath gates topped with intricate floral designs to reach a large ceremonial hall and a circular observatory with a domed glass roof, where King Mongkut indulged his keen interest in astronomy.

Mature frangipani trees protrude from the limestone throughout the large hill, providing shade and sweet scents as you walk the footpaths. The best way to experience the site really is to just wander from one hilltop to the next. While none of the inclines are particularly steep, the whole complex is quite spread out with plenty of stairs leading up to the attractions. Cold drinks are available at a few key places, and a visitor centre hands out maps next to the museum.

Monkeys congregate along the lower walkways but can sneak up on you anywhere inside the historical park (and surrounding roads). They occasionally bite and signs warn visitors that the park is not responsible for monkey-related injuries, though usually they just flash their teeth in the hopes of startling humans into dropping food. Don’t bring food into the park and keep handbags, cameras and drinks firmly secured. Also wear shoes and perhaps long pants in case a monkey decides that your feet or legs look like a banana. On a previous visit another Travelfish writer was attacked twice on a single visit—he won’t be back!

After perusing the historical park you could exit down the eastern slope to check out a 43-metre-long reclining Buddha at Wat Phra Non (aka Wat Phra Phuthasaiyat), an Ayutthaya-period ordination hall at Wat Sra Bua, and an unusual white mondop at Wat Khoi. If you have any energy leftover, from there you could turn north on Ban Dai It Road to climb up to the cave and mountaintop shrines found at Wat Khao Ban Dai It.

Khao Wang is located one kilometre west of the river on the west side of Phetchaburi town. Tuk tuks and motorbike taxis can take here from anywhere in town for 40 to 100 baht. If you’re okay with walking up the hill, use the eastern entrance across from the corner of Ratchawithi Rd and Kiri Rattaya Rd. If you prefer a cable tram, which closes each year for two weeks in early June, enter on the west side of the hill off Phetkasem Rd. Note that even if taking the tram, you’ll still have to climb a lot of hills and stairs to get around in the park. 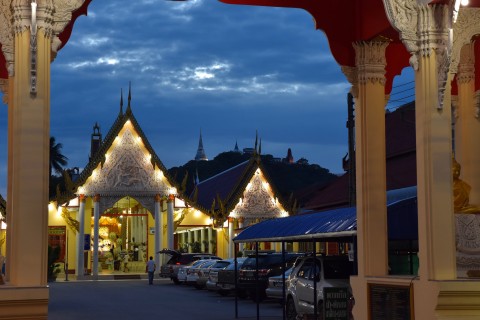 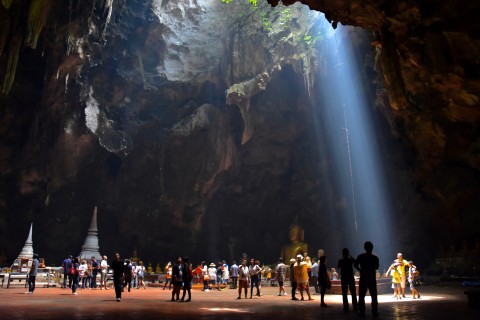 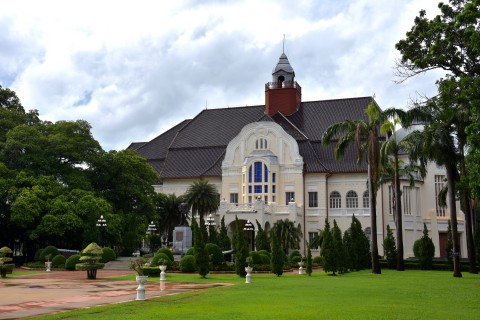 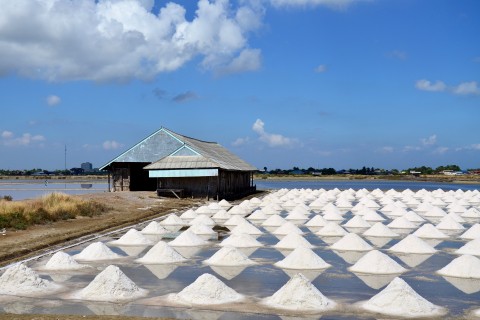 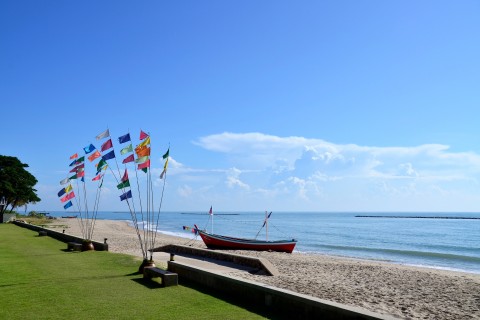