Worth a lounge
Published/Last edited or updated: 17th June, 2021

While the highlights of Sam Roi Yot are all found at least a few hundred metres inland, the area also has a handful of low-key beaches that are fine for an hour or two of lounging. At all of them, the water is not particularly clear and a very shallow approach means you'll need to wade for a while before swimming becomes possible.

In our opinion, the best is Phraya Nakhon beach, a fairly long and wide strip of sand so white that it almost blinds you at midday. Named after the nearby cave, the beach hosts the national park's main accommodation and camping facilities. The only way here overland is a rugged 400-metre trail from Laem Sala, meaning the beach is free of motorbikes and souvenir shops, though a large restaurant serves basic Thai fare. Some of the boat tours from Hua Hin dump passengers on the beach for an hour, but otherwise it's a perfectly serene setting.

Over the headland from Phraya Nakhon beach is Laem Sala, a smaller bay named after the snakehead fruit that used to grow here. A stone's throw from Bang Pu fishing village and home to a number of restaurants, souvenir shacks and some truly massive bathroom facilities, the beach is more of a transport centre than actual destination. This is where you can catch a boat to Phraya Nakhon beach and cave, and the boatmen can arrange tours of the surrounding islands, of which Ko Ling (“Monkey Island”) is the most popular thanks to the many macaques found there.

Further south stretches Lam Phraya beach, a small and secluded stretch of sand with a small restaurant, coffee stand and campground. Owing to a lack of outcrops, it tends to be windier, with slightly heavier surf than Phraya Nakhon and Laem Sala (though nothing that could be surfed). Lam Phraya is a fine spot for a picnic on the way down to Khao Daeng viewpoint, but otherwise not worth going out of the way for.

Just north of the national park boundaries is where you'll find the area's main tourism centre at Phu Noi beach, also called Dolphin Bay as well as Sam Roi Yot beach. The fishing boats that bob off the coast make for some quaint photos, but the highlight is the community of pink and grey-nosed dolphins that can often be spotted several hundred metres offshore. The beach itself is quite long but tends to be dirtier than those found within the national park. We stumbled on a school of jellyfish while wading here in March; they were the harmless kind and we made it back to shore without a sting.

Every beach is marked by a sign off Route 1020. 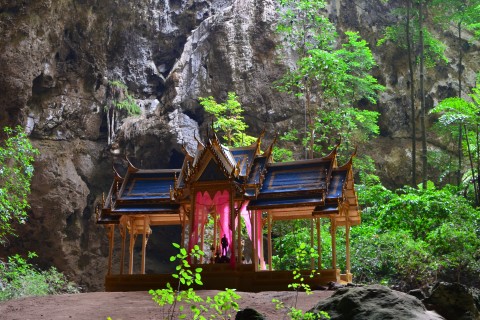 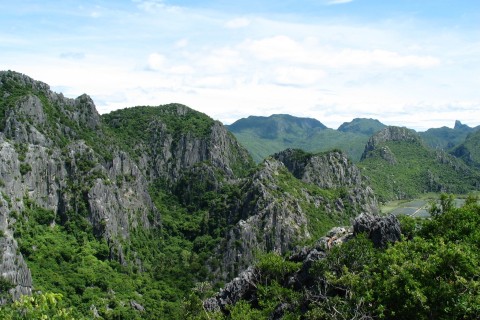 Hard work but worth it 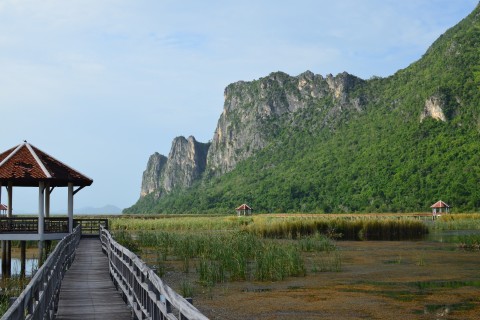 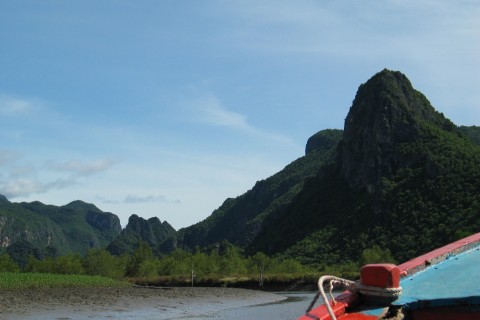 Get out on the water.