Standing high atop a hill in the centre of Ranong town, Rattanarangsan Palace (or Throne Hall) was completed in 2015 as a replica of a structure originally built in the same place to accommodate King Chulalongkorn during his 1890 tour of the Malay Peninsula.

Also featuring on Ranong’s provincial seal, it’s worth a look during a stroll through town.

Opened as a museum in 2016, the eye-catching structure includes a large entrance hall leading to the main living and sleeping quarters and a long roofed corridor attaching to a three-tiered tower with a spiral staircase and octagonal room at the bottom. While the building seen today has concrete supports, we were told that it was built more or less in the scale and appearance of the original.

Thoughtfully presented info boards and videos discuss the King’s weeklong stay, when he praised the locals for their hospitality. You’ll also find a fair amount of general info on the history of Ranong along with photos of the original palace and several antiques that a staffer explained to us in excellent English. Good views over the town can be seen through upper-floor windows.

After checking out the palace, you could the overgrown steps leading up to the top of Khao Nives to check out more views and see a pair of massive old banyan trees.

The palace is on Kamlangsap Road, just up the hill from Rueangrat Road. Admission for foreigners is 100 baht, but it’s free to visit the large park fronting the palace.

Our top 5 other sights and activities in and around Ranong 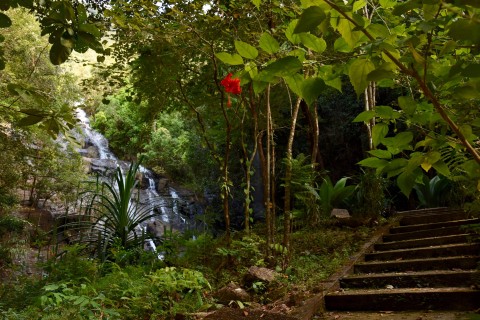 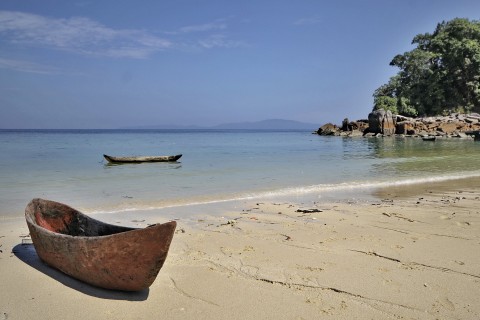 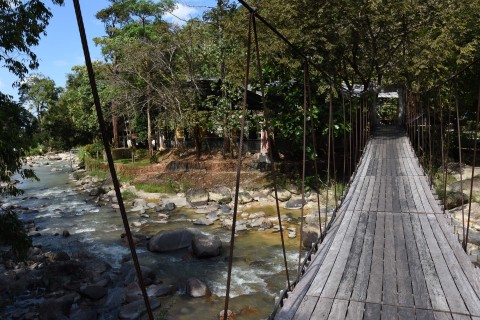 Take a dip and relax 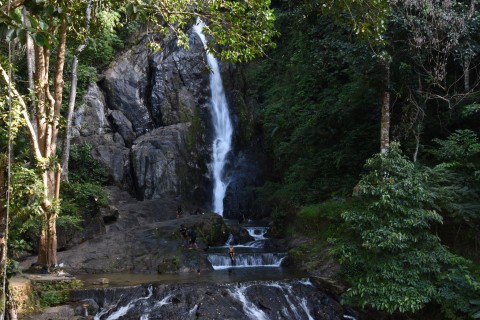 If you have the time 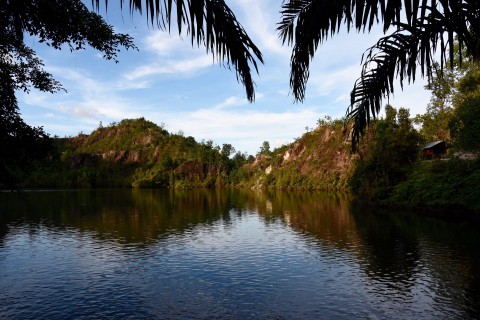