Running roughly south to north from Taling Ngam to Nathon, beautiful Lipa Noi has to be one of the most underrated beaches on Ko Samui, with calm crystal waters and a fine, yellow to white sand backing onto coconut plantations and a smattering of places to stay.

Lipa Noi curves around to the west at its southern end, where there is a small Thai naval base, but for most of its length it is north-south running, and while you can't see the Five Islands from here, the sunsets can still be tremendous.

Budget travellers will find Lipa Noi's accommodation a bit lacking, but those with a little more to spend should find the options available sufficient for a lazy stay by the beach. If your budget won't allow for a stay, Lipa Noi still makes for a good daytrip and we suggest basing yourself at Think Retro Cafe, which has a cool backpacker vibe.

Like Taling Ngam to the south of here, Lipa Noi is very low key. Nikki Beach Club sits at the northern end of the village (which places it roughly at the centre of the beach), but Lipa Noi's "scene" as it is, is very cold beer under a shade tree rather than dancing around in a club. There are ample places to eat, both on and off the beach, but if you're after the wealth of tourist eateries you'll find on Lamai and Chaweng, Lipa Noi isn't for you. If you have your own transport, Nathon is only a 15-20 minute ride north of here and has some good seafood restaurants, especially to the north of town.

The beach at Lipa Noi actually runs all the way to Nathon, and, at least at low tide, you're able to walk all the way there (at high high there is one section with a retaining wall you need to walk along). From Nathon, after the various piers, you can continue all the way up the coast to Samui's northwest corner by the Four Seasons.

As with Taling Ngam and Samui's south coast, the hinterland back off the beach is given over mainly to coconut plantations and traditional wooden Thai houses. The ring road is well back off the beach and as there is little traffic on the road near the beach, traffic is not much of an issue.

Wedged between Lipa Noi and Taling Ngam to the south is a small bay that is home to the Raja Ferry pier which runs car ferries regularly back and forward to Don Sak on the mainland and also to Ko Pha Ngan. The pier is not comfortable walking distance to either Lipa Noi or Taling Ngam, but transport is available on hand.

The best beach on Ko Samui

In the eye of the beholder

A weekend on Ko Samui

Step back in time. 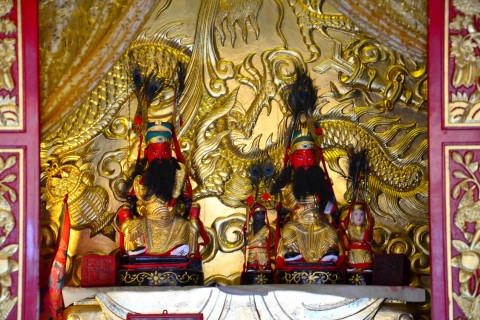 Worth a quick stop 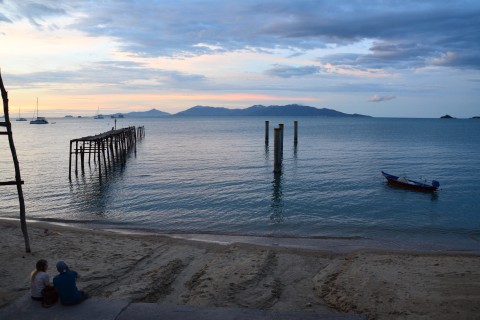 A fun mix of sand, food and shopping