Get outta that hammock
Published/Last edited or updated: 5th November, 2016

For an island that keeps so many people focussed on what is underwater, Ko Tao isn't any too shabby when it comes to viewpoints over and above, with some terrific spots to take in the views in the south, centre and north of the island.

All of the following can be reached either on foot or by scooter then on foot. As is often the case unfortunately on Ko Tao, you can expect to be charged (in one case, twice!) for access or required to purchase a drink (or both) before you can get to the viewpoint. Aside from money to pay these local price gouges, you'll need a hat, some sunscreen and water. If you're planning on motorbiking to the northern ones, or Love @ Ko Tao, bear in mind the road is very steep in places and watch out for loose gravel and sand on the road.

Arguably the most famous, and certainly the easiest to reach, of Ko Tao's viewpoints, the John Suwan viewpoint sits in the far south of Ko Tao, astride the southern-most peninsula which juts south between Chalok Ban Kao to the west and Ao Thian Ok to the east. The peninsula has Freedom Beach on its western side and Taa Chaa on the east, so if you're here for the viewpoint, be sure to spare some extra time for some swimming afterwards.

The route is simple. Follow the signs from Chalok Ban Kao and you'll reach a ticket office and parking area where you are charged 50 baht for "road repair". Once parked, take the trail straight ahead and you'll reach a second ticket booth, where you'll be charged another 50 baht to access the trail and from here the dirt trail continues up to the viewpoint. It is rough and in poor condition in places, with frayed ropes to assist in spots. The view is from atop a couple of boulders and is indeed spectacular, taking in the bays both to the left and right. Try to visit at high tide, as Chalok Ban Kao is more attractive then.

In the centre of the island, to reach Two Views, start from the main road in Sairee and look for the turning off the main road that runs between Mae Haad and Sairee signposted OK View. You are not going to OK View, instead follow the path to Moonlight Bungalows and when you see the sign and entrance, continue on the path that runs off and up to the left. Keep to the main path and you will be rewarded with the only sign that exists to let you know you are on the right track.

The path then passes a salmon-coloured house, after which you need to turn right up the rutted track. It’s a jungle hike from here on and while the path is rutted, it’s easy to see where to go. You'll eventually pop out onto a road where you have two viewpoints over Sairee — hence the name Two Views – from here you have another 15 minutes until you're rewarded with views of Sairee, Ao Tanote and Hin Wong. If it’s clear, you'll be able to see Ko Pha Ngan, Ko Samui and Ang Thong Marine Park.

Another viewpoint in the same area (as the crow flies) is Love @ Koh Tao. It is reached by a side road off the main Mae Haad to Ao Tanote Road, is clearly signposted and you can ride the entire way. At the summit there is a large reservoir and a couple of cafes built to take in the eastwards facing view. We inexplicably forgot to take a pic of the view, but we do have one of the reservoir!

In the northern reaches of Ko Tao there are a cluster of viewpoints built on spurs running out from the Sairee to almost Mango Bay road. You'll need a scooter (or be happy to walk in the blazing heat for a few hours). As with the John Suwan Viewpoint in the south, most of the viewpoints here charge admission, or require a drinks purchase.

Riding up the hill you'll eventually come to Jim's Bar, which isn't a viewpoint in itself, but is pretty much the friendliest spot in the entire area. They offer cold drinks (including coconuts) and simple one plate Thai standards. They can point you to a trail which runs off to the east, just before the bar, this free viewpoint offers almost as good views as those at the nearby Viewpoint Bar.

To reach the latter, take the dirt trail which runs to the west, just past Jim's Bar and just follow the trail. They charge 100 baht "admission", but then gives a partial discount against their overpriced drinks menu. The views at both Viewpoint and the free version are impressive, overlooking all of Sairee and Mae Haad beaches. Another viewpoint near here is Mango Viewpoint, which we didn't visit, but we imagine the view would be very similar.

Back at Jim's Bar, continue straight ahead and you'll reach another road veering off to the east which finishes at Skyview Viewpoint. Here they don't charge admission, but you must buy a drink. Unlike the previous spots, the view here is northeast facing, so save the occasional passing speedboat, you'll see nothing but ocean and jungle. With a couple of hammocks strung, it is a very peaceful spot.

From here you can continue along the road till it finishes in a parking area, from where it is a 30 minute hike down stairs and a trail to Mango Bay. The resort at the end of the stairs blocks public access and charges 100 baht "admission" if you want to get to the water.

Two words of warning, none of the above mentioned viewpoints have much in the way of safety provisions, so those travelling with young children are advised to keep a close eye on them as there are pretty much no railings at the viewpoints and plenty of sheer drops. Secondly, all the bars do sell booze, and the vibe tends to be very relaxed – don't forget that you'll need to ride home at the end of the day. 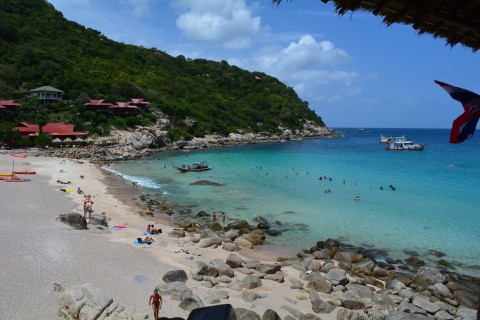 Where to go snorkelling on Ko Tao 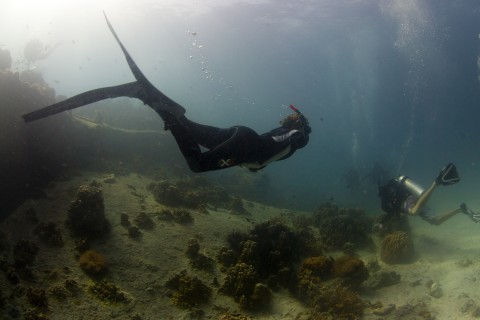 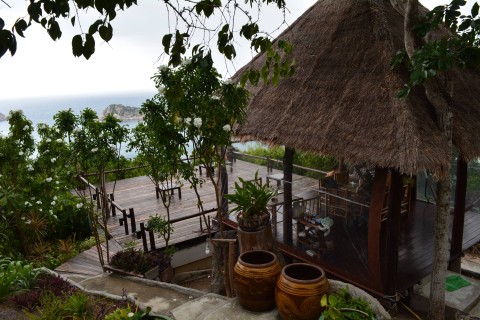 Where to do yoga on Ko Tao 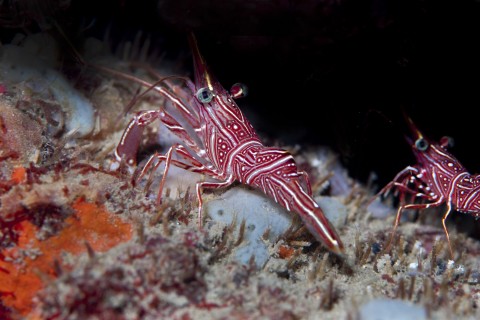 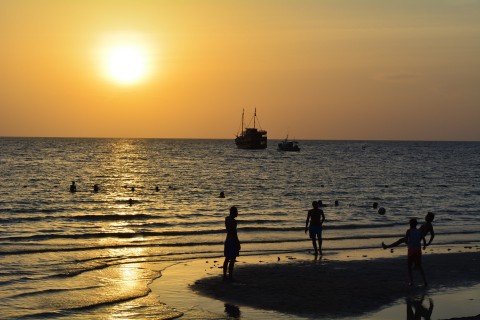 So many to choose from 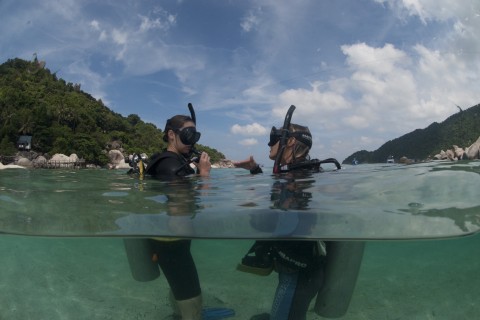 Learning to dive on Ko Tao

This is why you're here right? 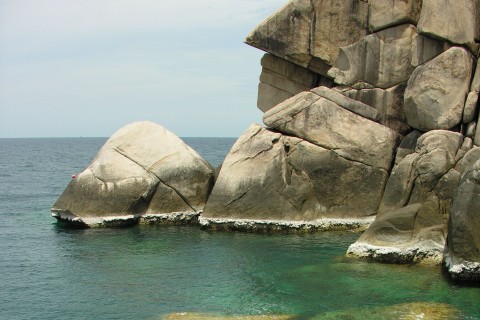 Off beach activities on Ko Tao 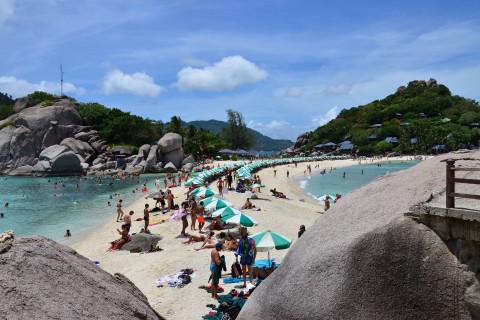 Beautiful but crowded and appallingly run 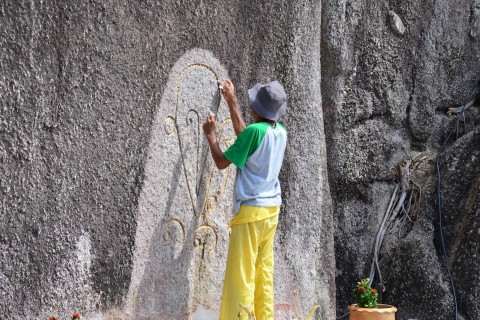