Wat Suan Mokkhaphalarama, “Temple of the Garden of Liberation” or Suan Mokkh for short, was founded in 1932 by Bhuddhadasa Bhikkhu, a native of nearby Baan Phumriang who became one of the world’s most influential Buddhist thinkers by the time of his death in 1993. The forest monastery and related international meditation hermitage continue to propound Buddhadasa’s progressive teachings which often aim to find common ground between all of the world’s religions.

After spending some time living in crowded Bangkok monasteries, Buddhadasa grew disenchanted with how his religion was being practised at the time. He returned to his home district of Chaiya to live alone in a forest, a practice that was fairly common at the time among monks like Ajahn Mun in Northeast Thailand, but still very unorthodox in the South.

Living simply in the jungle, Buddhadasa dug deep into the earliest Buddhist scriptures, comparing them to later commentaries and searching for the Buddhism that was taught and lived by the Buddha himself. With a sharp and pragmatic intellect, creative approach and fiercely independent personality, he applied the most profound Buddhist principles to daily life and spent decades teaching others how to do the same. He openly debunked long-held theories on difficult Buddhist principles, and he was not afraid to say that modern Thai Buddhism had become lost in ritual, superstition and greed. In time, Wat Suan Mokkh materialised around him.

Buddhadasa (a name that he chose himself and literally means “Slave of the Buddha”) also studied the teachings of other Buddhist traditions along with several other religions. Transcending conventional labels, he sought a unifying harmony between all religions, races and nationalities. He focused on selflessness and the pitfalls of materialism, in particular, while penning enough books to fill an entire room in Thailand’s National Library. Many of his teachings were translated into English and he made immense contributions to the spread of Buddhism in the West during the 1970s and ’80s. At the same time, he inspired a forest conservation movement in Thailand.

Modern Wat Suan Mokkh has perpetuated Buddhadasa’s emphasis on simplicity by keeping only a handful of structures within the vast forested grounds. The largest of these is a “spiritual theatre and assembly hall” containing a library of Buddhist books in an array of languages along with a sculpture garden and teaching space. Climb the nearby hill and you’ll find the site of Buddadasa’s funeral pire near a simple sand-floored, open-air shrine marked by a white seated Buddha image against a jungle backdrop.

The grounds also include ponds, pathways and plenty of places to practice meditation, though a steady stream of Thai merit makers can detract from the serenity. Out front in the abandoned-looking concrete building nearest the highway (take a right past the food stalls after exiting the front temple gates), the Dhammadana Foundation runs a small bookshop with a shelf of English books by Buddhadasa, where you’ll find titles like No Religion and Christianity and Buddhism. Several of the monks and laypeople who stay at Suan Mokkh can speak some English.

In addition to being one of the foremost Buddhist scholars of the 20th century, Buddhadasa was also a master of meditation. His preferred method was anapanasati, or “mindfulness of breathing,” which he felt could lead all the way to enlightenment by way of the Anapanasati Sutta, an ancient meditation manual attributed to the Buddha himself. Buddhadasa’s interpretation of anapanasati, often considered to be a beginner’s meditation subject, exemplifies his Zen-like belief that the most profound insights can be discovered in the most mundane of life’s motions.

While Wat Suan Mokkh’s community of foreign monks has dwindled over the years, the temple still offers 10-day meditation retreats for foreigners at the International Dharma Hermitage, located on the other side of Route 41 from the main temple complex. These cost 2,000 baht per person, covering food and shelter, and begin on the first of each month. The instruction language is English. Experienced meditation students are also welcome to stay in a dorm at the main Suan Mokkh monastery when the retreat is not taking place, but you’ll need to be self-sufficient, as English instruction is not always available.

For more info on the retreats, see the official International Dharma Hermitage website and check out an account of what the retreat was like. For more on Buddhadasa’s life and teachings, start at Santikaro’s Wat Suan Mokkh site.

Wat Suan Mokkh is located in Chaiya district, Surat Thani province, directly off the west (northbound) side of Route 41. It’s around seven kilometres southwest of the Chaiya railway station, where you can catch a motorbike taxi to/from the temple for around 200 baht, including waiting time. Otherwise, any bus running between Surat Thani and Bangkok, or Surat Thani and Chumphon, can drop you in front of Wat Suan Mokkh.

The International Dharma Hermitage is located 1.5 kilometres east of the main Suan Mokkh complex and is accessible via a side lane off the east side of Route 41. An elevated footrbridge makes it easy to walk from one side to the other. If coming for the retreat, you should start at the information centre near the gates of the main complex.

If coming with your own wheels from Surat Thani city, you could take Route 417 west out of town and then turn right (north) onto 41 near the airport. If you prefer the backroads, take the downtown bridge north out of Surat city on Route 2007, then cut right (north) onto 4112 and then left (west) onto 4262, which comes out onto 41 a few kilometres south of Suan Mokkh. The temple is marked by signs if coming from the south but not from the north, as far as we could see. Look for the elevated footbridge and a host of vendors selling salty eggs in the dirt car park. 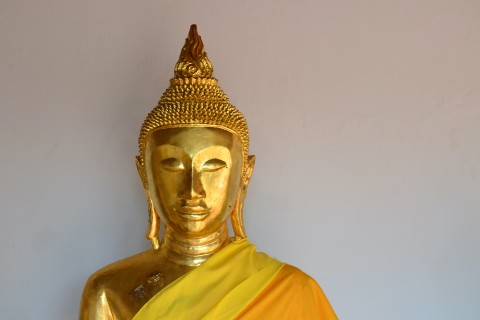 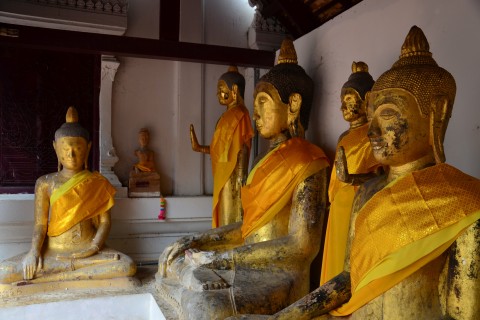 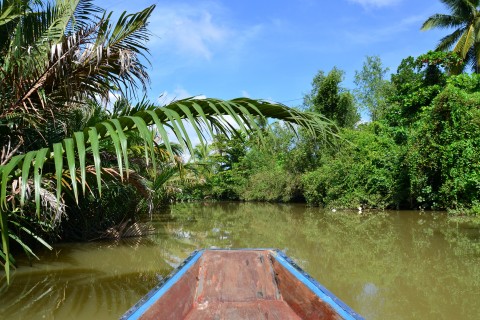 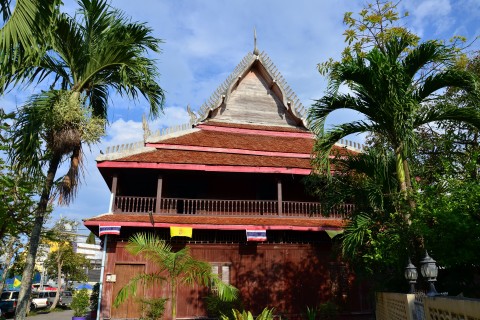 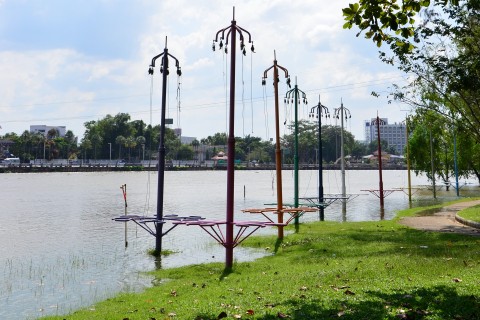