The Ban That mountains in Trang province’s remote eastern reaches conceal some 10 waterfalls, many of them reachable on a single day trip. At least one—Ton Te—is worth the trip, but it will take some effort.

Avoiding busy Route 4 (aka Phetkasem Road), we rode south out of town and cut east on Route 4015. Though bumpy in spots, it was a scenic cruise past rice fields and tiny villages where the old folks, including some of the women, still go bare-chested with only the traditional sarong wrapped around their waists. Framed by tall rubber trees and flower blossoms, the mountains soon appeared.

Turning right onto smooth Route 4264, which runs north to south at the foot of the mountains and accesses all of the falls on our agenda, we sped south towards the turnoff for Nam Tok Sai Rung. A back road carried us to cooler air, and a local teenager tried to tell us something as he cruised by. A few minutes later, we arrived to find a ranger without many teeth who informed us that the falls were closed for safety reasons. We later learned that several people once drowned here in similar conditions. “Come back in December,” we were told.

We carried on south and barely caught the sign for Lam Plok Waterfall. Located at the end of another remote side lane, the parking area was deserted and signs posted only in Thai, but we could just make out a large waterfall crashing over a cliff through the trees. Quickly the trail became slippery, boulders sloping down to ... Travelfish members only (Full text is around 600 words.) 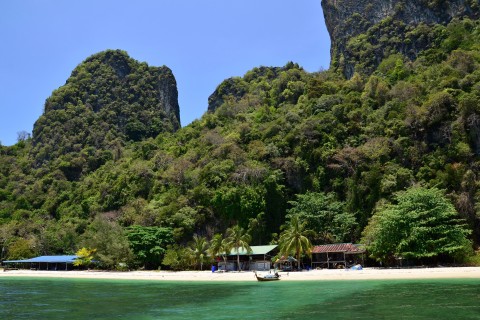 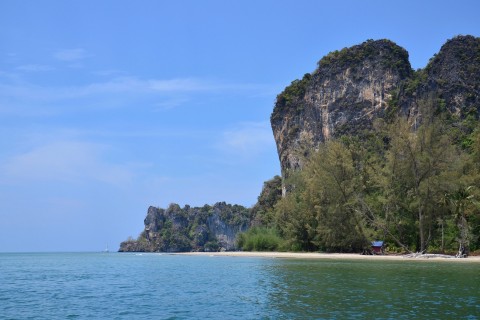 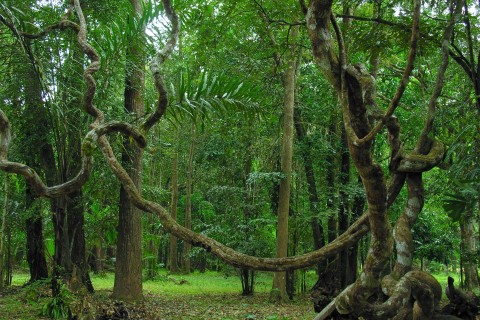 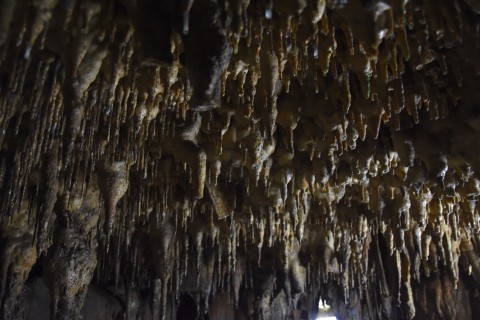 A paddle through the caverns