If you limit yourself to Hoi An’s historic town and the beach, you’re missing out. The town’s Thu Bon River has a vast network of islands and islets perfect for two-wheel exploration. Until recently, Cam Kim Island was only connected to the mainland by ferry. But a new bridge makes it even easier to explore. Cycle down quiet roads, past lush paddies and waterways fringed with water coconut palms.

Many Hoi An bicycle tours take you to the various islands and show you the best spots but for a less formal approach, hire your own wheels and go for an exploratory cruise.

To get to Cam Kim Island, first cross over to An Hoi Islet, just across the river from town. In the southwest corner of the An Hoi is the Cam Kim bridge. It doesn’t take long to be swept over by a sense of rural calm as the sound of motorbikes disappears, and the most activity comes in the form of fishermen on wooden canoes casting nets into the water.

Once you cross the bridge, you have many options. Turn right and head west along the river until you see signs for Thuy Ta Song Que– follow them through a labyrinth of lanes that end up at a house peacefully situated at the terminus of an inland waterway. They’ve built a wooden dining hut overlooking the water and it’s a pleasant spot to have a drink. You could easily waste hours here relaxing – there’s a boat with life jackets that they let guests use for free. They also serve food and we enjoyed a snack of cucumbers fresh from their garden. If you’re in a group, why not organise a lunch feast? No English is spoken, so have a Vietnamese speaker call them in advance to prepare a farm fresh chicken: T: (0935) 350 959; (0934) 994 949.

South of this spot, in the northwest corner of the island, is Triem Tay village, first settled at the start of the 17th century and home to around 150 families. Clearly an attempt was made to set up the village for tourists – there are signs at every corner pointing you to sights of interest, there are maps and info placards throughout and we even found a glossy brochure.

Sights include Phu Tho Pagoda (dating back to before 1960), the 19th century Xa Chuc ancient well and 19th century Pho Ba ancient house. These sights are not really worth seeking out, but rather just things to see if you happen to be passing. So take a few turns around the village before moving on. It’s a sleepy spot, and we came across a few of those typical Vietnamese tourist structures – pavilions, eco-lodge – that seemed abandoned.

In the middle of the northern shore of the island are a few must sees. At Kim Bong carpentry village, watch artisans craft sculptures, decorative pieces and furniture, and pick up a few souvenirs.

West of Kim Bong, in between the bridge and where the Thu Bon River comes inland is a family who makes rice paper (banh trang). This a popular stop on bicycle and food tours but anyone can drop in to watch. A batter made from rice flour is poured and spread thin over a steamer into a round sheet. Banh trang has many uses in Vietnamese cuisine, from the wrappers for spring rolls to being handcut into noodles. The family is very welcoming and will even let you try to make some. They’ve been making rice paper for 30 years over three generations, churning out 30 kilograms worth every day from 02:00 to 17:00. Look for the sign “Diem Lam Banh Trang”.

Cam Kim Island is rather large and it can easily take half a day of exploring. Google Maps is surprisingly accurate, including the island’s many laneways. But getting lost can be just as fun and we came across friendly locals who pointed us in the right direction.

See someone collecting long green grass from the water? Or perhaps you’ll notice the grasses laid out on the pavement drying in the sun. Theses dried grasses are dyed bright colours and beautifully handwoven into floor mats, another one of Cam Kim’s industries. We found several families making them by going to southeast corner of the island and crossing the low bridge to yet another small islet, well worth the extra mileage just to feel so removed from Hoi An.

It is still possible to take the boat to Cam Kim, though with the new bridge opening, it’s less popular these days. Boats depart from the pier close to the market in the morning. Best to check the day before about the approximate time; boats only depart when there’s enough passengers (both people or livestock). We were told it’s 20,000 dong per person with a motorbike.

Other Hoi An Islands
Cam Nam Island is a good one to head to if short on time. Just across the bridge in the east end of the town centre (east of the cloth market on Bach Dang and Hoang Dieu Street), a road follows the western and northern edge of the island, making for a pleasant ride along the river. The western edge is where to also find some local riverside beer spots that face the town and Sleepy Gecko Chillout Bar, both great places for a sundowner.

East of town, several bridges leading off Cua Dai Road (the road to Cua Dai Beach) to Cam Thanh Island. During growing season, the kilometres of paved lanes will lead you past green rice paddies. At the eastern edge are water coconut palms, the thick leafy fronds shrouding small waterways. Cam Thanh is a popular spot for tours, with many including a memorable basket boat trip through the water coconuts.

Finally, head north from town on Hai Ba Trung Street and just before you reach An Bang Beach, the road passes through an islet, home to the Tra Que vegetable village. A bulk of Hoi An’s vegetables are grown here and it’s interesting to take a look and see what’s in season. It’s an industrious little isle, with the village busy early morning or late afternoon planting, watering, tending and harvesting. 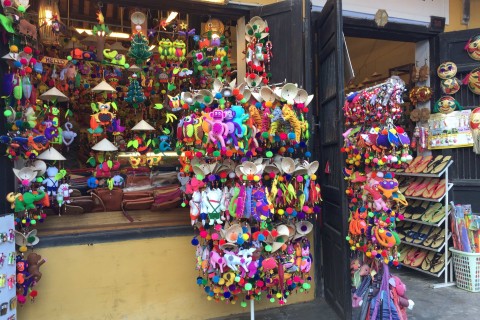 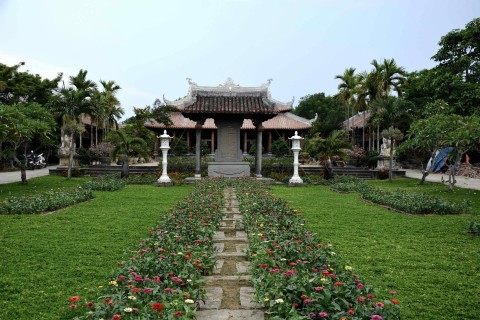 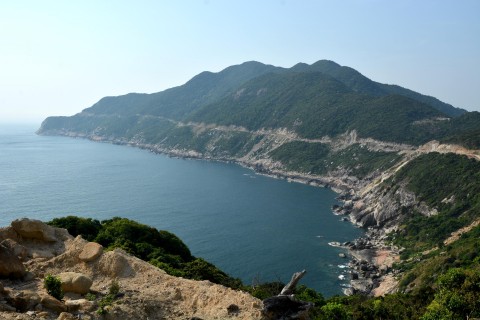 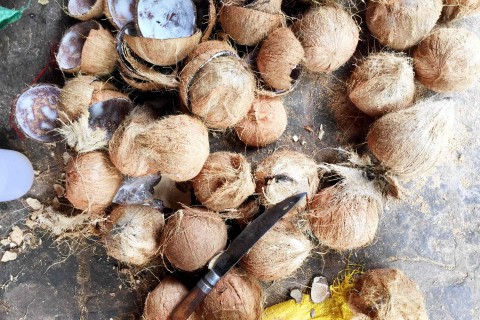 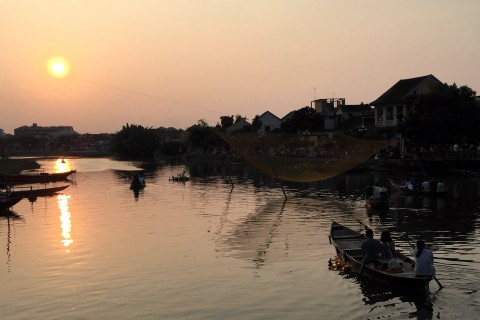 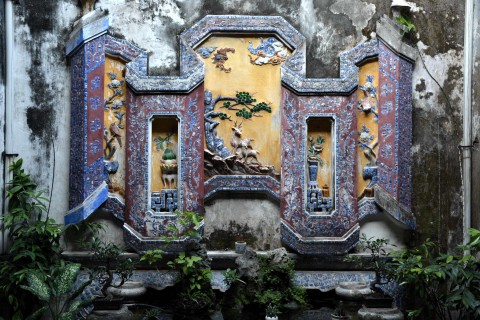 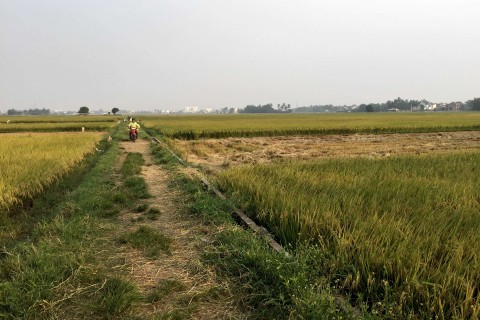 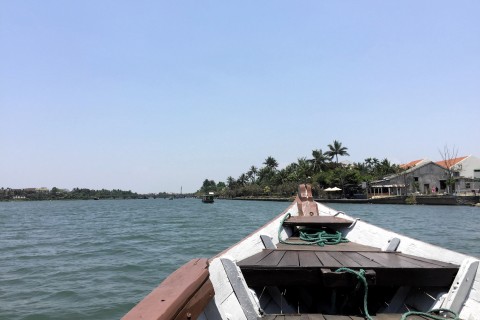