Within comfortable cycling distance of downtown Hue, the very pretty Thien Mu Pagoda (Pagoda of the Celestial Lady) makes for an easy excursion from town, either as a standalone trip or as a part of the trip taking in temples and other points of interest in the surrounds Hue—do go early to avoid the crowds.

The site has played host to a place of worship since 1601 and the pagoda has been rebuilt, expanded and renovated eight times since, with the current layout dating to the last work–over in 1957. The primary attraction of Thien Mu is the Phuoc Duyen Tower, a photogenic 21m metre tall octagonal structure which sits right by the entrance way as you climb the stairs to enter. Built by Emperor Thieu Tri, it is believed there was once a Buddha statue on each floor (accessed via an interior spiral staircase) with a golden statue at the top (seventh) floor.

During the rule of President Ngo Dinh Diem, there was considerable anti-government protest. Diem, who was Catholic, had shown unrelenting favouritism towards those who shared his faith and through the early 1960s protests against his policies, especially by Buddhists, grew. Many Buddhist pagodas across South Vietnam became organisational hubs for the protests and Thien Mu was no exception, being the site of hunger strikes and protests against the government.

Midway through the grounds, beyond the grand hall and on your left as you wander through, you’ll see a piece of history alluding to the pagoda’s role as a protest centre—a garage holding a baby-blue Austin sedan. This car was used to ferry a revered Buddhist monk, Thich Quang Duc, to the site of his self-immolation in front of the Cambodian Embassy in Saigon in 1963. The first of a series of such ultimate protests, photographs of the monk calmly seated, his body engulfed in flame, flew around the world and galvanised protests against Diem. American journalist David Halberstam wrote in The Making of a Quagmire “As he burned he never moved a muscle, never uttered a sound, his outward composure in sharp contrast to the wailing people around him.”

Thanks to the proximity to downtown Hue, Thien Mu Pagoda can get extremely busy, with tour buses disgorging load upon load of holidaymakers. There is also a tourist and trinket market directly to the east also catering to their needs. Our advice, if you want to beat the hordes (and take our word for it, we are not exaggerating when we say hordes), is to go early. Avoid the middle of the day if at all possible. Also, please bear in ming this is an active place or worship and respectful dress (and behaviour) is appreciated. Be careful not to mix it up with Tu Dam Pagoda which also has an impressive tower on site—if you can’t see the river, you’re at the wrong place!

The pagoda lies on the north bank of the Perfume River, around 3km to the west of the railway bridge. It is easily walked as the tree–lined river bank makes for a pleasant stroll and there are no shortage of spots to break the walk and have a fresh sugarcane juice. A bicycle obviously would make it easier. Organised trips, both by minibus and boat can also stop here. Admission is free. 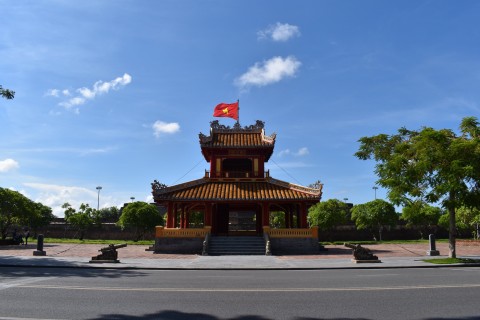 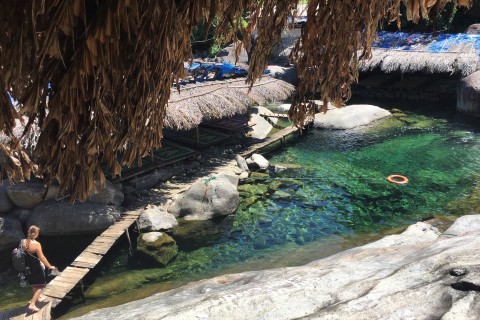 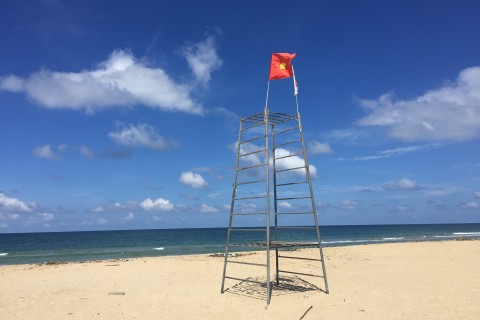 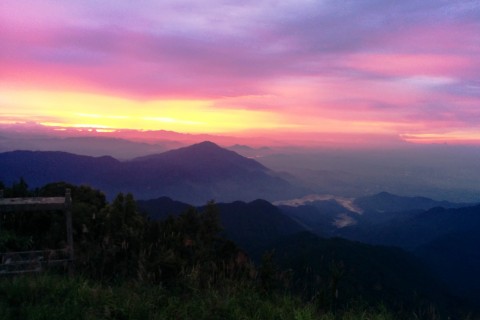 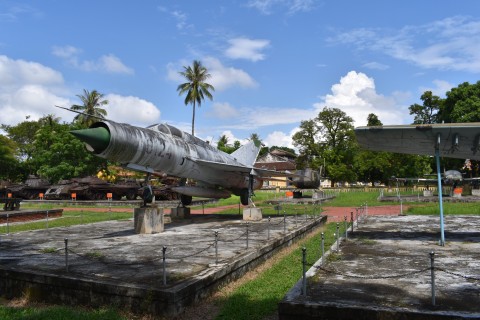 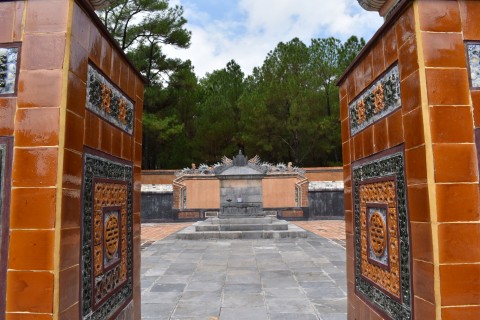 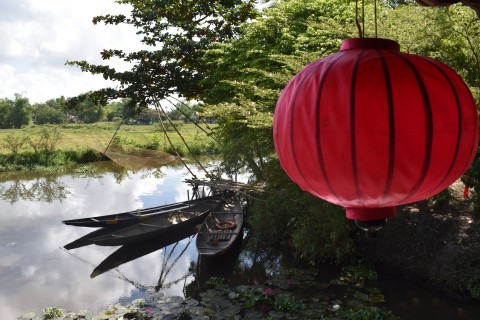 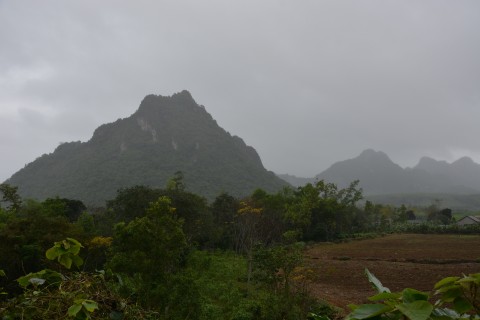