As mentioned in the Chau Doc walking tour and introduction above, Chau Doc is home to a couple of easily reached Cham villages which make for an interesting excursion for a few hours, both to enjoy a slightly more rural setting, and to observe a Muslim way of life in the Mekong Delta.

A Muslim minority group within Vietnam, today substantial Cham populations can be found in Chau Doc and Phan Rang Thap Cham in Vietnam and Kompong Cham in Cambodia, but historically they formed the Champa Kingdom which, at its apex stretched along much of the central to southern coastal area of modern–day Vietnam.

In the late 15th century after centuries of being squeezed by the Khmer Empire to the west and Vietnamese invasions from the north, the Cham were defeated in the Cham Annanese War of 1471 which marked the end of the kingdom—its people killed, enslaved or scattered.

From Chau Doc there are two primary settlements which are relatively easily reached, either by a quick boat ride or longer scooter excursions. The first is on the land at the confluence, so between the Chau Doc and Bassac Rivers-you’re most likely to end up here if you are on a tour of some sort, as tour guides tend to bundle it with the floating fish farms.

The second is across the Bassac and is easily visited independently by getting the ferry across the river. A ferry ticket costs 1,000 dong for a foot passenger or just a little more for a bicycle of scooter, and once on the other side, we advise breaking right first, till you reach the Jamiul Azhar Mosque and then back tracking and going the other way around.

Heading to the left, the road goes and goes, passing some interesting pagodas, sausages hung out to dry and all manner of rural Mekong scenes. Just remember if you are pedalling, you’ll need to pedal back too! We really enjoyed the hour or so spent cycling over here.

In either of the villages, expect mosques and plenty of beautiful traditional wooden homes along with the occasional more colonial looking house. If anything, the village favoured by the guides feels more contrived—there is a dedicated gift and souvenir store, along with a weaver on hand to show you how the beautiful scarves and kramas are made. In the other village you won’t encounter this kind of stuff. 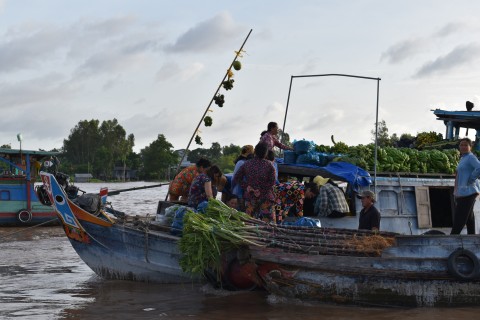 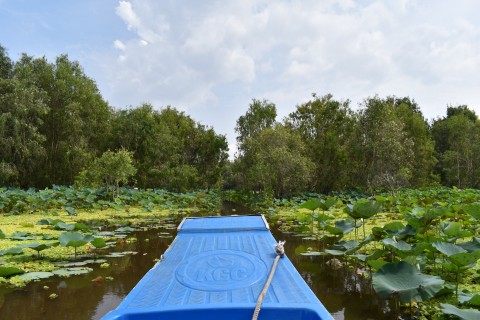 A highlight of Chau Doc 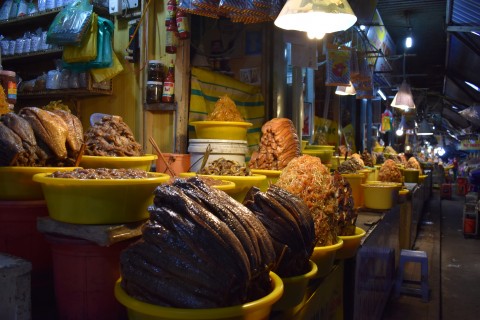 A quick stroll around town 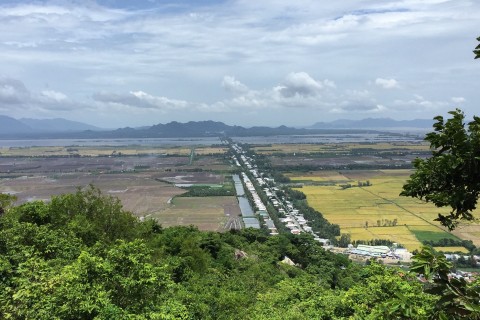 Go for the views rather than the temples