Covering over 7,000 hectares to the northwest of Cao Lanh, Tram Chim National Park offers the opportunity for extensive boating in a protected wetland area, with the chance to observe endangered and migratory birds in their natural setting.

Set around 40 km to the northwest of Cao Lanh, as with Tra Su near Chau Doc, a visit to Tram Chin provides an insight the type of environment which must have been prevalent across an area which was once known as the Plain of Reeds. While across the Mekong Delta, the forests were systematically levelled to make way for coconut and rice cultivation, fish farming and other cash crops, this area was particularly fragile.

Established in 1998, today the park is home to over 200 species of birds, including the Eastern Sarus Crane—thanks in park to an ambitious project replicate the original Mekong Delta hydrological regime, which was undertaken with WWF and, of all companies, Coca Cola.

While Tram Chin is considerably larger than Tra Su (around 7,000 hectares Vs under 1,000 hectares) the smaller park has one considerable advantage being that for a portion of the trip you are paddled around in a non-motorised boat, thus allowing for better chances to spot birdlife. At Tram Chin, while there are apparently some solar–powered boats on hand, our entire boating experience was in a medium–sized motorized boat—it wasn’t noisy like a Thai longtail, but it certainly wasn’t silent either—and while our English speaking guide was remarkably skilled at pointing out all manner of birdlife, we reckon we would have seen even more, had be had either a solar boat, or, better still, had been able to paddle for a bit.

This aside, it is still an impressive wetland, boating forest, grasslands and enormous swathes of lotus flowers. Our guide said your best bet for birdlife watching is to arrive at the park early in the morning, in which case we recommend staying at nearby Tram Chin town, where there are a few bog standard mini hotels on offer. But even with us arriving at around 10am, we were well impressed with the quantity and variety of birdlife on hand. A portion of the boat trip deposits you to a cafe and observation tower where you can grab a drink and climb the tower for a view over the surrounds.

Most allow for one to two hours for a complete visit to Tram Chin—at the boat landing there are a few small restaurants set right by the river, where you can get a feed and relax by the water should you wish.

Admission to the park is free, but to access the waters you need to hire a boat. Boats seating up to ten cost 500,000 dong for 45 minutes to an hour in the park, but guides will encourage you to wait around to share the coast with other people. On a Sunday visit, we had only to wait five minutes before finding a crew of five others to share with, bringing the cost down to an exceedingly reasonable 80,000 odd. Longer trips of over two hours, which will take you deeper into the park, start at 800,000 dong.

There is no direct public transport from Cao Lanh to Tram Chin, so you’ll need to organise your own transport (we hired a scooter) for the roughly one hour ride to the park. Dong Thap Tourist Office can assist with a more structured tour if you wish. If you do want to go by public transport and are not bothered by the lack of a direct bus service, you need to get a local bus from Cao Lanh west to Thanh Binh and then change there for a bus north to Tram Chin—we would suggest though going by scooter (or car) to make better use of your time and to get to the park at a reasonably early time in the day, which is considerably better for bird watching.

Roughly half way between Tram Chin and Cao Lanh (as the crow flies) sits Gao Giang Tourism Area, a similar, though far smaller reserve. Unlike Tram Chin though, this is not a national park. We didn’t visit it due to time constraints, but if you have your own transport and sufficient time, it could be worth having a look. 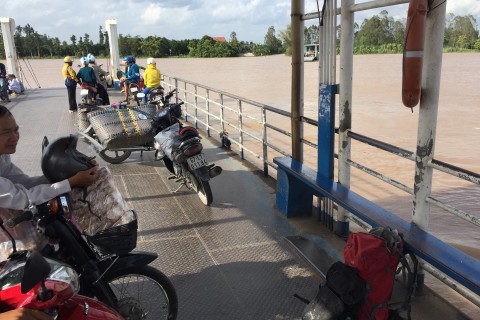 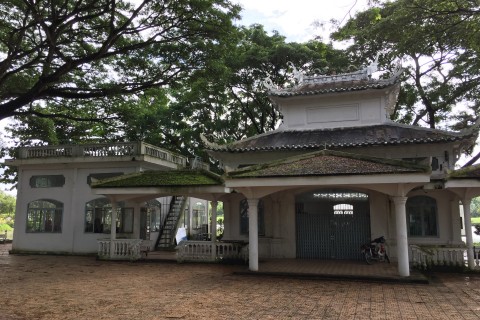