A temple, a museum and a pond
Published/Last edited or updated: 20th September, 2018

At the south western outskirts of Tra Vinh, Chua Ang is set within a towering forest grove a world away from the hustle and bustle of downtown, but this is more than just another Khmer style temple.

The temple itself is impressive. The central alter houses a seated Buddha flanked by two standing ones, while the walls are decorated with temple paintings and the roof is held up by four rows of lovely wooden pillars. Allow your eyes to run up the pillars and enjoy the brightly painted ceiling.

As with Chua Ong Met, the colouring of this temple, especially the two tone blue wooden doors and shutters, is very pleasing to the eye. We guess one of the monks has a bit of a green finger as the gardens are defined by immaculate and very manicured topiary, and the grounds, thanks to the towering trees are peaceful and calming.

Directly across from the temple sits the Khmer Cultural Museum. This free museum contains a collection of displays ranging from traditional dance and performance, weaving and masks through to agricultural displays and religious objects. It isn’t worth walking across Vietnam to see, but if you’re at Chua Ang, pop in—the price is right!

Also nearby is the rectangular Ba Om—an in–part lotus covered pond whose banks are popular for a bit of a canoodle between locals. Like the temple this is a peaceful spot and if you’re having a slow day you could laze around here for an hour or so without too much trouble.

Chua Ang is around 5.5km to the southwest of Tra Vinh. To reach it, ride out on Nguyen Thi Minh Khai and just keep going. Eventually you will reach an enormous roundabout, turn right here and take the first major left. The left takes you around 500 metres southwest to the eastern bank of the lake. The temple is beyond the southern bank of the lake. 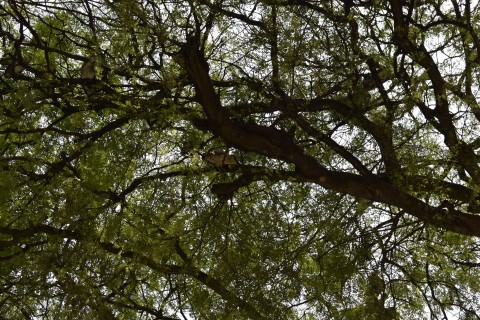 Come for the storks We love those Bayonish faces 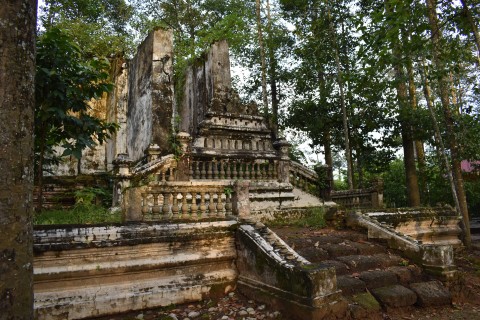