While not as impressive as the My Son temple complex near Hoi An or Po Nagar near Nha Trang, the Po Shanu Cham Towers (Thap Po Shanu) provide a quick opportunity to see some remnants of the Champa Empire. The temple dates back to the ninth century.

It is believed that the Cham people descended from the Sa Huynh, who inhabited the same area from 1000 BC to the second century AD, when Cham culture began to develop. The empire’s golden age between the 6th and 15th centuries saw the kingdom span Vietnam, eastern Cambodia and Laos. Their highly desired precious metals, gem stones, spices and wood were traded across Asia and as far as India, the Middle East and North Africa. The empire eventually declined and was conquered in the struggle with the Khmer Empire and the Dai Viet kingdom. There are still ethnic Cham living in Vietnam today.

Perched on a hill between Mui Ne and Phan Thiet, but closer to the latter, Po Shanu was built in the Hoa Lai style in the ninth century. The ruins today consist of two tall towers and a smaller third building, built to worship Hindu God Shiva.

It can take as little as 10 minutes to explore the site. There is little information available on site, but a brochure we found confusingly explains that according to Cham legend, Po Sah Inu Princess was the daughter of Parachanh King (La Khai in Vietnamese history). When she died, the Cham worshiped her here. Archaeologists uncovered the site between 1990 and 1995, with repairs following until 1998.

Ethnic Cham continue to make pilgrimage and perform ceremonies, most notably the annual Kate Festival (Mbang Kate), landing on the first three days of the seventh month in the Cham calendar.

Hiking a bit further up the hill takes you to a memorial to a group of revolutionaries who stormed the former French hill station in 1947.

The towers are located around ten kilometres from the centre of Mui Ne’s tourist scene, on the road to Phan Thiet (Nguyen Thong Street). 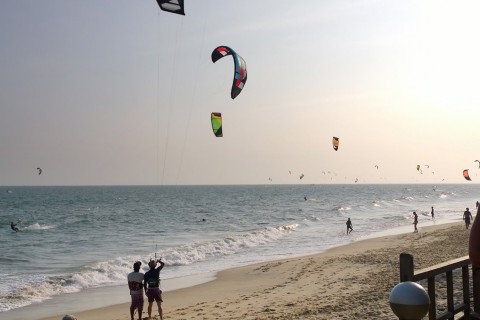 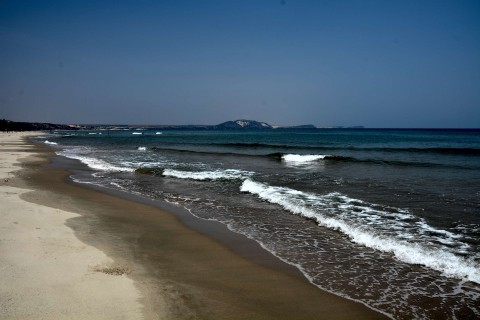 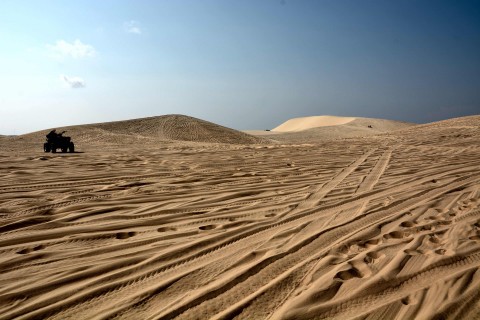 A touch of desert in Vietnam