Relic of one of the great empires
Published/Last edited or updated: 22nd December, 2020

Dating back to the 7th and 12th century, the Po Nagar Cham Towers are the best remaining Cham ruins in Vietnam (the other famous ruin is the temple city of My Son near Hoi An).

It is believed that the Cham people descended from the Sa Huynh, who inhabited the same area from 1000 BC to the second century AD, when Cham culture began to develop. The empire’s golden age between the 6th and 15th centuries saw the kingdom span Vietnam, eastern Cambodia and Laos, and their highly desired precious metals, gem stones, spices and wood were traded across Asia and as far as India, the Middle East and North Africa. The empire eventually declined and was conquered in the struggle with the Khmer Empire and the Dai Viet kingdom.

It’s a good idea to read up on the history, how Hindu and Islam became blended in with traditional beliefs and the current Cham ethnic minority population that remains in Vietnam and Cambodia or else you will probably not understand why you are visiting a pile of red bricks. Try Champa Ancient Towers: Reality & Legend by Ngo Van Doanh.

The temple is dedicated to Yan Po Nagar, the goddess of the country. Four east-facing towers remain. The temple is still considered sacred and used for worship by Cham people but their language, practices, handicraft and religion are at risk of dying out due to government suppression.

Po Nagar Cham Towers is located on a hill north of the downtown core, directly across Bong bridge. There’s a great view of the water, decent toilets and of course, cold coconut water and souvenirs for sale. You can get there by bicycle, taxi or take the white and blue city bus #4 (Hon Xen–Vinpearl) headed north, 7,000 VND per ride. Grab the bus from the tourist centre along Nguyen Thien Thuat and let the fare collector know where you are going. You’ll be getting off at the first stop after the bridge, a few 100 metres east along Thap Ba Street.

For a good half-day of sight seeing, you can combine Po Nagar Cham Towers with another important tourist site, Long Son Pagoda. From the front gate walk north a few blocks to the bus stop located at 168 Duong 2/4. Take the #6 city bus (Phia Nam–Cho Luong Son) southbound. It will take you back across Bong bridge through the city before heading west along Yersin to Long Son. Both city buses run until 17:00. 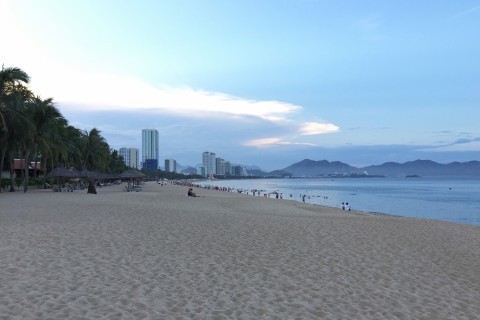 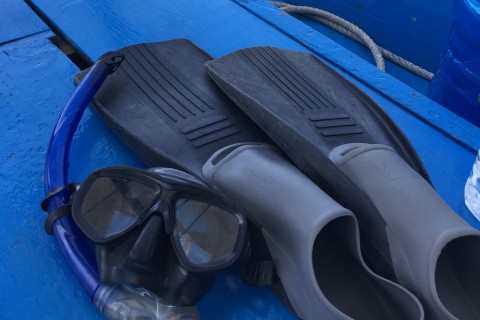 Some of the best in Vietnam An adventurous escape to nature 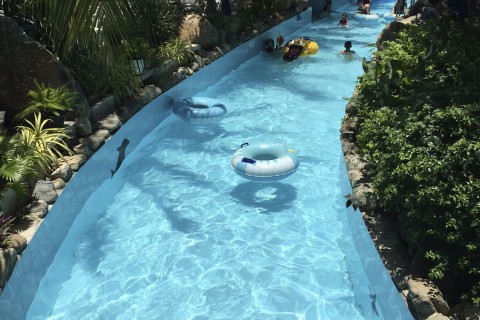 When the beach is too... sandy 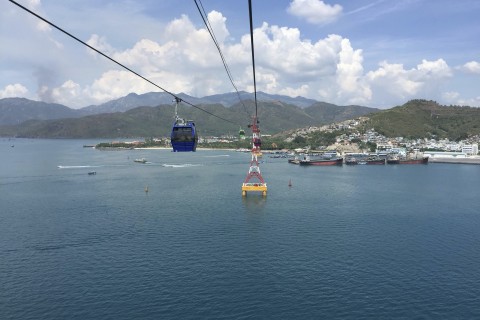 Get ready to bargain